Reading passage 2 has seven paragraphs, A-G. Choose the correct heading for each paragraph from the list of headings below. Write the correct number, i-x, in boxes 14-20 on your answer sheet 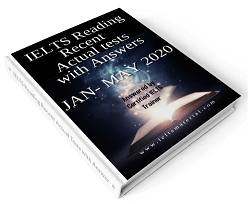 F. Nevertheless, all journeys involve considerable risk, and part of the skill in arriving safely is setting off at the right time. This means accurate weather forecasting, and utilizing favourable winds. Birds are adept at both, and, in laboratory tests, some have been shown to detect the minute difference in barometric pressure between the floor and ceiling of a room. Often birds react to weather changes before there is any visible sign of them. Lapwings, which feed on grassland, flee west from the Netherlands to the British Isles, France, and Spain at the onset of a cold snap. When the ground surface freezes the birds could starve. Yet they return to Holland ahead of a thaw, their arrival linked to a pressure change presaging an improvement in the weather.

G. ln one instance a Welsh Manx shearwater carried to America and released was back in its burrow on Skokholm Island, off the Pembrokeshire coast, one day before a letter announcing its release! Conversely, each autumn a small number of North American birds are blown across the Atlantic by fast-moving westerly tailwinds. Not only do they arrive safely in Europe, but, based on ringing evidence, some make it back to North America the following spring, after probably spending the winter with European migrants in sunny African climes.

Choose TWO letters, A-E. Write the correct letters in your answer sheet Which TWO of the following statements are true of bird migration?

Complete the sentences below using NO MORE THAN ONE WORD OR NUMBER from the passage. Write your answers in your answer sheet