In the Listening Test 57, you will hear 4 audio recordings and answer questions 1-40. Each recording will be played only once.

Section 1 is a conversation between an insurance broker and a client.

Section 2 is a residence manager giving a short question and answer session to new residents.

Section 3 is a conversation between 2 students discussing a seminar report.

Section 4 is a lecture on earth sciences.

Complete the form below.

Write NO MORE THAN THREE WORDS OR A NUMBER for each answer.

Circle the correct letters A-C.Write answers next to 9-10 on your answer sheet.

9. Which list, A, B or C correctly assesses the protection for Norma’s flat?

10 What does Norma buy at the end?

A Car insurance only

B Contents insurance only 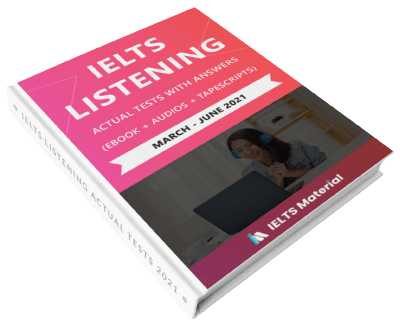 Answer the questions below.

Write NO MORE THAN THREE WORDS OR A NUMBER for each answer.

11 Where will the future residence launderette be?

12 What special facility does Betty offer at the Launderette?

13 Which number bus does Simon advise Jo to take?

14 Where can students get advice on Council Tax?

15 Where does Simon say that Bill should register for his Council Tax?

Complete the sentences below.

Write NO MORE THAN 3 WORDS for each answer.

Circle the correct letter A-C. Write answers next to 21-25 on your answer sheet.

21 According to Nick, the first Australian immigrants were:

A The ancestors of aborigines

22 What was the name of the first British colony in Australia?

A Just after the first colony expanded

B After the Australian Federation

24 Why was there a bad feeling towards many Chinese immigrants in the 1850s?

A They opened restaurants

B They were searching for gold

C They would work for less money than the local Australians

25 When were Asian students first allowed to study at Australian universities?

Write NO MORE THAN THREE WORDS for each answer.

To get Australian permanent residence, immigrants must be:

sponsored by a family member currently resident in Australia

The Department of Immigration particularly wants:

immigrants who will move to regional areas of Australia

Two Components designed for refugees + others in special humanitarian need

have their visas cancelled and stay

Complete the lecture notes below.

Write NO MORE THAN THREE WORDS for each answer.

No specifically defined scientific meaning – refers to volcanoes that have generated the Earth’s largest volcanic eruptions.

Super volcano eruption form calderas. Whereas normal volcano craters are measured in the hundreds of meters, a caldera can be easily as large as 31____________________miles wide.

Choose FOUR letters (A-H) and write them in any order in boxes 37-40 on your answer sheet.

According to the Earth Sciences lecture, which FOUR of the following facts are NOT true.

B The first super eruption in Yellowstone was over three million years ago.

C The first super eruption in Yellowstone park created a caldera bigger than another state of the US.

E The ground level of Yellowstone Park has increased by over half a metre over the last 10 years.

F A task force has been set up to plan for the possible devastation that a Yellowstone eruption would cause.

G Evidence suggests that the super-eruption at Toba caused the Earth’s population of humans to drop to about 10 000.

H A super-eruption could make the Earth’s temperature drop to 5 to 10 degrees Celsius. 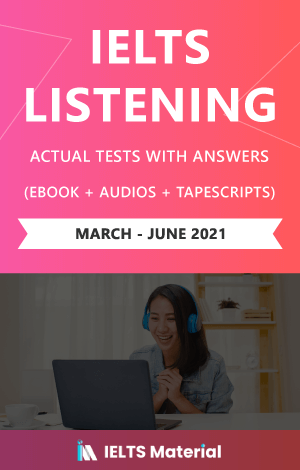