Statistically speaking, the United Kingdom can count several notable and influential personalities in various fields as alumni of their prestigious universities. Moreover, with countless globally renowned universities, the UK remains an incubator of talent.

Year after year, they’ve produced figures who’ve changed the course of the world, imprinting their names in golden letters in the history books.

Whether you’ve decided on your dream university or are in the process of choosing your university, this article will help you affirm your choices. Here are some of the most famous alumnus and their universities.

1. The University of Oxford 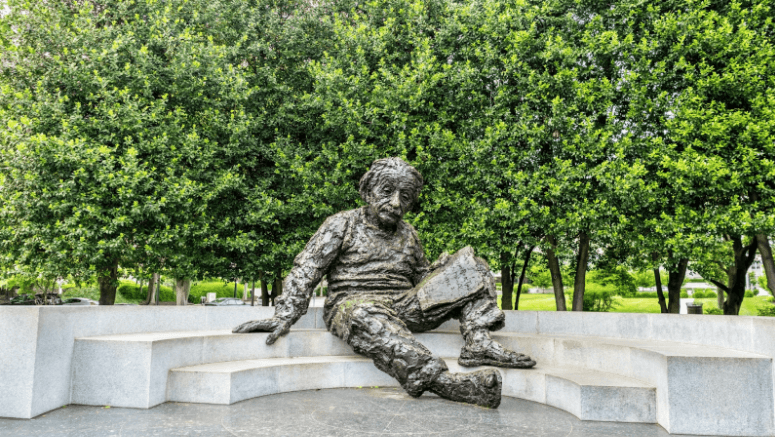 The University of Oxford can be dubbed as the mecca of influential figures. With time, it has nursed some of the most legendary personalities, who would then go on to leave a long-lasting legacy for the world to be inspired!

Some people need no introduction; their work speaks for themselves no matter where in the world they’re. One such figure is the brilliant and enigmatic scientist who revolutionised the world of science. Yes, you guessed it right! We’re talking about Albert Einstein. Before he moved to the United States in the 1930s, Albert Einstein was promptly a student at Christ College affiliated with Oxford University.

The legendary Irish Poet’ Oscar Wilde’, famously known for his most notable work, ‘The Picture of Dorian Gray’, was also an alumnus of Oxford. The Lord of the Rings creator, J.R.R. Tolkien, served as a professor at Oxford uni from 1945-1959. Some other famous names connected to Oxford University are- Richard Burton, Tony Blair, Adam Smith, Bill Clinton, Hugh Grant, etc.

2. The University of Leeds

Chris Pine is one of the most remarkable alumni of Leeds’. He finished his graduation from the University of California in 2002 and had spent one year as a transfer student at the University of Leeds. Chris Pine has landed some of Hollywood’s most prominent roles, including Captain Kirk in the ‘Star Trek trilogy’ series and Steve Trevor in the DC universe’s Wonder Woman movie series.

3. The University of Manchester The award-winning actor Benedict Cumberbatch, who played ‘Alan Turing’ in the 2014 Oscar-winning ( Best Adapted Screenplay ) film ‘The Imitation Game’, also studied at the University of Manchester. In 1997, the renowned physicist and presenter Brian Cox visited the University of Manchester, later working at the Large Hadron Collider at CERN. In 2011, Cox was awarded twice by the Royal Television Society for his science program, ‘Wonders of the Universe.’

In 1878, the legendary artist Rabindranath Tagore studied at University College London; although he never completed his degree, his influence stands out throughout history. He was awarded the Noble Prize in literature in 1913, thus becoming the first non-European to win it. He was also granted a knighthood in 1915.

The revered poet wasn’t the only Indian to have studied at UCL; the iconic freedom fighter Mohandas Gandhi studied law at UCL from 1888-89. He later became a significant figure in India’s independence during British rule.

Another well-known alumni of the University College London are the revolutionary inventor ‘Alexander Graham Bell’ whose invention of the ‘Telephone’ completely changed how the world communicated. He went on to invent more such life-altering things.

5. The University of Edinburgh Since it opened its gates in 1583, the University of Edinburgh has produced numerous influential figures throughout its history. From Noble Prize winners to Olympic medalists, they’ve nurtured them all.

Charles Darwin, ‘ The Father of Evolution’, enrolled in Edinburgh in 1825 at just 16 years of age. Years after he left Edinburgh, he came in front with his theory of evolution in 1858. The following year he published his work, “The Origin of Species by Means of Natural Selection.”

The creator of the widely acclaimed detective story series ‘Sherlock Holmes’ Sir Arthur Conan Doyle was a medical practitioner in Edinburgh university between 1876-1881. He’s written over 60 detective stories of Sherlock Holmes, which were later turned into multiple movies, tv-series, and comics.

Some other notable alumni of the University of Edinburgh are- David Hume ( Philosopher ), Walter Scott ( Novelist ), Robert Louis Stevenson ( Poet ), Chris Hoy ( Race car driver ), and many more, to name.