A noun phrase is a phrase that contains a noun. It is not like a noun clause and it doesn’t contain a verb. These are also called premodifiers because it goes before the noun. Here are some tests about nouns and noun phrases, which you can use for the IELTS exam.

In each sentence, either one or both of the forms in bold is correct. Tick (✓) the sentences where both forms are correct. Underline the correct form in the others.

English nouns generally present few problems for the advanced learner but some aspects of countability and noun-verb agreement can be problematic. This unit looks at these aspects, as well as at plural nouns and at the nominalisation of verbs into nouns.

English nouns only change their form when they are plural and to show possession.

Nouns do not have grammatical gender in English. Some have a ‘natural’ gender, e.g. woman = female, father = male. Most nouns for jobs do not imply a gender. To specify gender, we have to say, e.g. a woman doctor. However, some nouns for jobs and roles do refer to males or females, often by their suffix, e.g. businessman (male), manageress (female). It used to be common to use the -man suffix to refer to people of both sexes:

A lot of people avoid this now, especially if referring to a woman, and prefer a form with no implicit gender, e.g. chair, or to match the suffix to the person, e.g. chairwoman:

In writing, most English nouns form the plural with -s. This is true of nouns which end in most consonants (e.g. road -» roads, bag -» bags, town -» towns) and the vowels a and e (e.g. area -» areas, rope -» ropes). But note these variations:

English does not have very many irregular plurals. Here are some examples:

You may sometimes see plurals formed with an apostrophe, especially with dates and abbreviations: 1960’s, some CP’s. This is quite common and may be considered correct in informal writing, but it is considered incorrect in formal written English.

Nouns with No Singular Form

Some English nouns are more common in the plural form. These occur in a number of categories:

These nouns may have a singular form with a different meaning or as part of a compound noun: a glass (e g. wine glass), a pyjama party, a dartboard

✓ The Asthma Helpline will be able to give you (some) advice

Some determiners change according to whether the noun is countable or not:

Note: In informal English it is possible to use less rather than fewer with countable nouns, although many people consider this to be incorrect:

Less is always correct if it refers to a ‘whole’, e.g. a period of time:

Some nouns can be countable or uncountable, but have different meanings:

Other common nouns used in this way are: a slice of bread/meat/cheese/cake, an item of news/furniture/clothing, a lump of sugar/coal, a cup of coffee/tea.

We can sometimes make an uncountable noun countable when we want to express ‘different types’ of the noun:

We can make some uncountable abstract nouns countable if we refer to a specific type of the noun, for example, distrust => a deep distrust, a distrust of accountants. This is common with nouns connected with emotions. We do not make these nouns plural:

In English the verb usually agrees with the subject even if the verb is separated from its subject by prepositional phrases, relative clauses, brackets or commas:

However, if the verb is a long way from the subject but is closer to a complement, it is possible to agree the verb with the complement. Compare:

The same can apply after what used to introduce a relative:

We usually use a plural verb with two subjects linked by and or both … and:

Note: However, we use a singular verb if we consider the two items as one concept:

X Fish and chips are one of the most common English dishes.

✓ Fish and chips is one of the most common English dishes.

Titles of books, films, etc. take a singular verb, even if they are plural nouns:

When we link two items by or, the verb usually agrees with the second of the items:

Some nouns refer to one object divided into two parts and take a plural verb, e.g. scissors, trousers, scales:

A collective noun (e.g., team, group, herd) is a word that signifies a group. It may be people or things.

We can use either a singular or a plural verb with most collective nouns, i.e. nouns referring to a group of people, animals or things, e.g. family, government, group, staff, team, band, class, jury. A singular verb presents the collective noun as a ‘whole’ entity:

A plural verb presents the noun as a group of individuals, e.g. family members:

A large number of proper nouns fall into this category, e.g. the United Nations:

Note: Unlike British English, US English prefers a singular verb in these cases. In English we prefer to use a singular verb after a collective noun if we use a/an rather than the:

An adjective used as a collective noun always takes a plural:

It is common to use a plural verb after nouns such as the majority, a number, a couple, when these are followed by of + a plural noun:

It is also possible to use many verbs as nouns, especially in informal English:

Note: This does not apply to every verb. It is best to check in a good dictionary. It is also possible to make nouns from multi-word verbs. The particle often (but not always) precedes the verb in the noun form:

It is sometimes more concise and elegant, especially in written English, to use noun phrases rather than verb phrases to express an idea:

The noun phrase is often made up of two nouns linked by a preposition:

An adverb in a verb phrase changes to an adjective if the verb is nominalised:

Solve these practice tests on nouns and become exam ready.

Complete the crossword from the clues below. 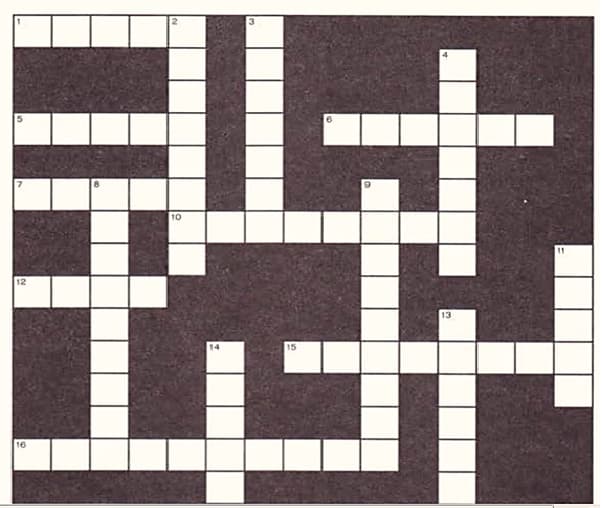 Underline the correct words or phrases in bold to complete this article.

In today’s Cookery Corner I’d like to address a request from Mrs Parkinson of Suffolk for (1) an information/information about which type of (2) chocolate/chocolates to use in cooking. Well. Mrs P, my (3) advice is/ advices are always to use the best possible chocolate you can find. It’s the same principle as with (4) wines/wine: in cooking always use (5) an equivalent quality/ equivalent quality to what you eat or drink. With chocolate, the reason for this is that higher quality chocolate will always give your cakes and sweets (6) better/ a better taste. To judge the quality of chocolate, look at the amount of cocoa in the chocolate. Good quality chocolate has more cocoa solids and (7) less sugar/ fewer sugars. For the best taste choose chocolate with a high cocoa (8) contents/ content – never (9) fewer than/less than TO per cent cocoa solids and as much as 80 per cent if possible. It goes without saying that you should also use other (10) ingredient/ ingredients of the highest quality, too. If, for example, you’re using coffee in your chocolate recipe, always use (11) a strong, fresh coffee /strong, fresh coffee. If you’re making (12) a cake/cake. Use the right kind of (13) flours/ flour, and always weigh the ingredients on your kitchen (14) scale/ scales. Believe me. if you follow these simple rules, the next time you bake a chocolate cake, there won’t be (15) a lump/ a slice left over!

Read this draft of a newspaper article, then complete the rewritten sections of the article below with a noun or noun phrase. The first one is given as an example (0).

St Andrew’s Hospital Trust has recently confirmed that a fresh wave of flood positioning has broken out in the Scottish resort, and this is alarmed everyone who lives in the town. A spokesperson stated that the illness was not serious and could be easily treated. This appeased community leaders but they requested further reassurances that the authorities were doing everything within their control to contain the spread. The hospital authority has announced that it will investigate fully the causes of this epidemic. As a recent investigation into a similar outbreak concluded that the cause was poor meat hygiene in a local butcher’s shop, local shopkeepers are concerned about what will come out of the pending investigation. The leader of the Shopkeepers’ Association, Len Murphy, suggested that the source of epidemic might be hospital kitchens, which has angered hospital staff. The kitchen staff at the hospital have now called for a strike of hospital auxiliaries across the region, which is likely to have severe financial consequences for the health authority.

(0)___by St Andrew’s Hospital Trust of (1)____of food poisoning in the Scottish resort has alarmed (2) ____A (3)_____that the illness was not serious and could be easily treated appeased community leaders, but they requested further reassurances that the authorities were doing everything within their control to contain the spread. The hospital authority has announced (4)____into the causes of this epidemic. As (5)____of a recent investigation into a similar outbreak cited poor meat hygiene in a local butcher’s shop as the cause, local shopkeepers are concerned about (6)____of the pending inquiry. (7) ____by the leader of the Shopkeepers’ Association, Len Murphy, that the source of the epidemic might be hospital kitchens has angered hospital staff. (8)____by kitchen staff at the hospital for a strike of hospital auxiliaries across the region is likely to have severe financial consequences for the health authority.

Find fifteen more mistakes, or places where the style could be improved, in this text. Underline the mistakes and correct them. The exercise begins with two examples.

Fill the gaps in these sentences with a, an, nothing (-) or the correct form of a suitable verb. If there are two possible answers, put both possibilities.

Finish each of the following sentences in such a way that it is as similar as possible in meaning to the sentence printed before it. The exercise begins with an example (0).

Line 4: are unfolding ==> is unfolding 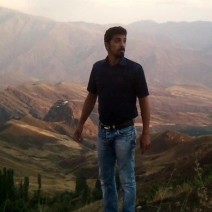 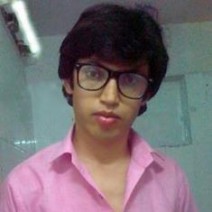