What Everyone Must Know About OET Connectors for Speaking

OET Speaking is regarded as the most straightforward of the four modules. It is not tough to score 350 or above on this module. All you have to do is to ensure that all the given bullet points on the guiding card are handled while simultaneously listening to the issue of the patient, the role played by the interlocutor, and responding satisfactorily to them. Apart from time management, which is a critical factor, using appropriate vocabulary, like connectors, is crucial.

Therefore, in this article, we will take a brief look at what OET connectors for Speaking and how you can use them to improve your score. 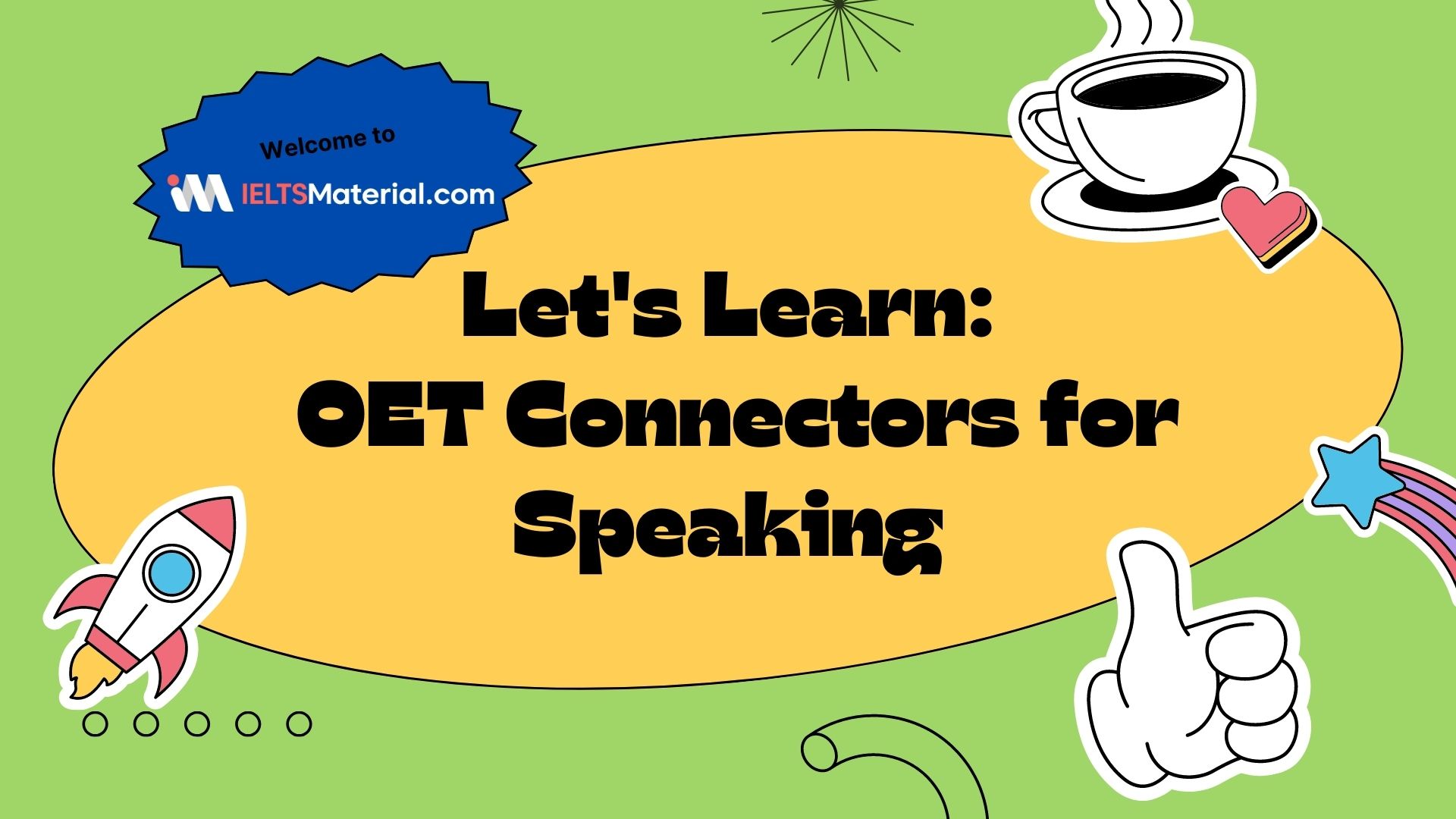 Connectors are words or phrases that are used to join sentences together. They are also known as ‘connecting words’ or ‘conjunctive words,’ and they add interest to a sentence.

They serve a variety of purposes inside the sentence. For example,

But how are they used in OET Speaking?

Well, before we move to the answer to this question, let us know about the Speaking module of OET.

Pointers on the OET Speaking Task 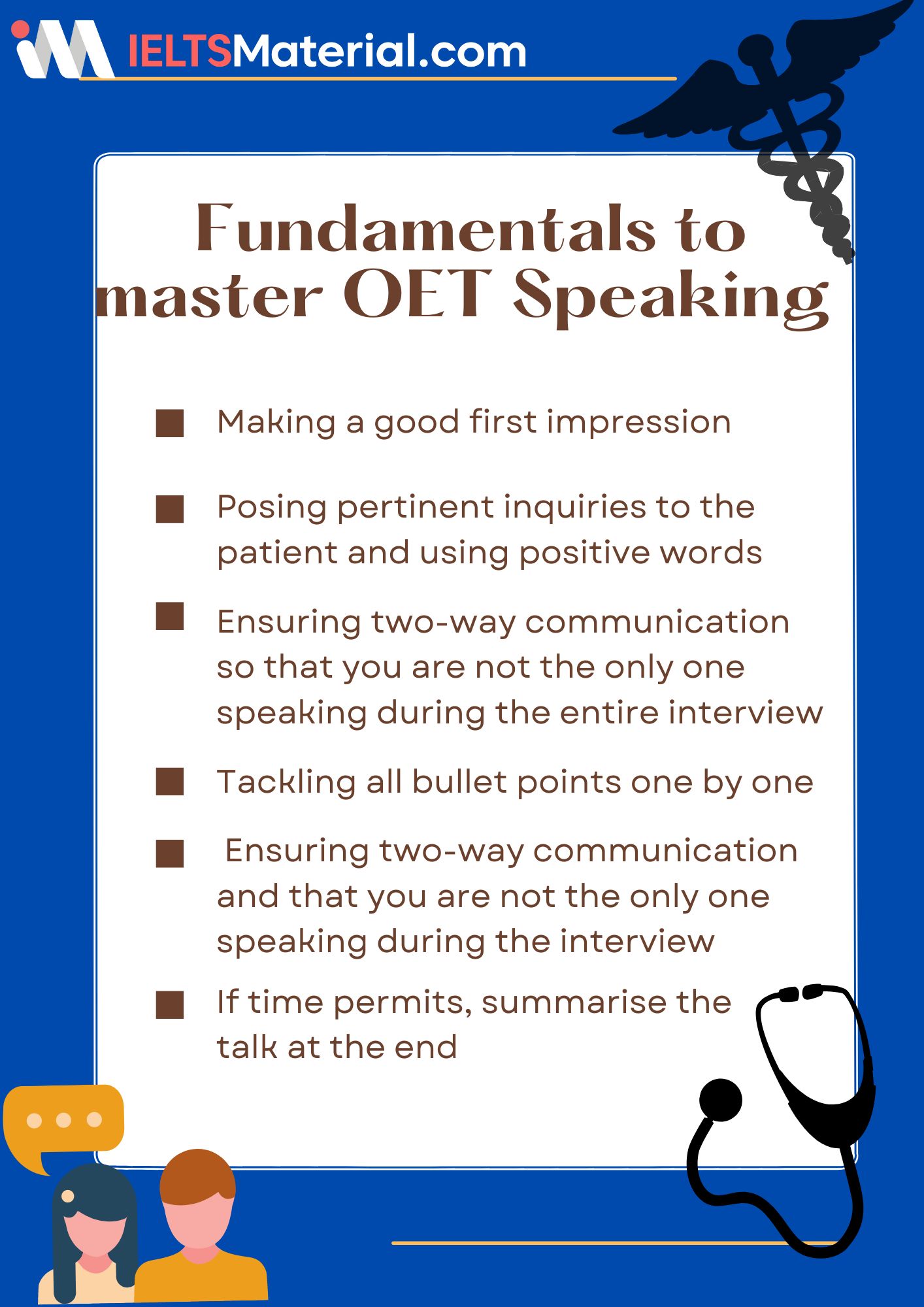 To do so, you must understand the use of simple grammatical structures, like connectors, and know the tips to deal with OET Speaking.

The linking words have a significant impact on the results of the OET speaking test as they improve the logic and understandability of any phrase. It is critical to use the proper connectors when speaking in order to score well.

Let us take a look at the different types of connectors.

Logical connectors to show the contrast:

How to use Connectors?

Connectors must be used correctly in order to provide accurate meaning to a statement. Given below are some tips to achieve this:

E.g.: The patient has been suffering from fatigue and has frequently been urinating.

E.g.: I am writing to refer Mr. Singh, who is possibly suffering from osteoarthritis. Therefore, he requires further assessment and an appropriate management plan. (‘Therefore’ is not required here)

E.g.: The following connectors have the same meaning:

Examples of how to use OET Connectors for Speaking

Given below are a few example sentences with good use of connectors:

To ace the OET Speaking test, you will need to be fluent in English, but you will also need to employ the terminology and tone that is expected of a doctor or nurse. The efficient transmission of information is critical. So it is important to have a grasp of grammar and its usage in daily speech. Once armed with these skills, you are sure to excel in every aspect of spoken communication.

Glen has been an English teacher for 10 years. She has also been associated with various English training institutes. She joined IELTSMaterial a few months ago and soon became the most sought-after writer. Her essays are engaging and detail-oriented. Her English teaching experience comes in handy for delivering content that is agreeable from an examiner’s point of view. Having majored in English Literature from Birmingham University, she is passionate about imparting English knowledge.