Describe a time when you received money as a gift: IELTS Speaking Part 2 Sample Answer

Describe a time when you received money as a gift

Here is the sample for “Describe a time when you received money as a gift” topic:

I’m going to tell you about my college graduation gift from my grandparents. They have four grandchildren, so they made a pact (made a promise) to give us all the same graduation gift. With this said, they decided to gift all of us $2,000 upon completion of our Bachelor’s Degree. I graduated back in May 2015 and received the gift about a month after, since they live 12 hours away.

I had a late graduation party in my backyard in June since some family members were busy during the month of May with their own children. My grandparents suffered through a 12-hour car ride to make it to my special day- I was so very grateful! So, they slipped me a card while I was opening my other cards and gifts, and I could not believe my eyes! I had heard that he gave all of us a generous gift, but I didn’t expect the gravity (how serious or big) of just how much. When Monday came, I immediately deposited it into my savings account, as I’m quite a frugal person. However, months later, I decided to treat myself to a solo trip to Prague. Considering I had always dreamt of going to Prague, I felt that I used my money well.

Since I had never received a gift quite like this, I felt extremely excited. I thought that this money gave me new opportunities to travel and enjoy my future, especially if I save it.   Moreover, apart from the money, I felt very appreciative that my grandparents traveled all that way for me. All in all, I felt almost in disbelief, along with delighted (extremely happy and proud)!

Giving and receiving gifts on certain occasions, such as weddings, birthdays, anniversaries, and more, is quite a prevalent custom. I have received gifts on varying occasions. Talking about a specific time when I received money in the gift would be my 20th birthday.

My parents had organized a huge party for me and had invited friends and family. Most of my family members had already told me the gifts they were getting for me. However, my grandparents were a bit confused as they didn’t know what product would fascinate me the most. Thus, instead of getting me a gift, they gave me Rs. 5,000.

After the party had ended and everybody had left, my grandparents came to my room in the night and handed me the money envelope. At first, I was a bit hesitant as I didn’t want to bother them with such a huge amount. But, after their consistent persistence, I had to give up and receive it. I touched their feet and took blessings. I believe their blessings were more valuable than any amount.

Anyway, I shopped for clothes with that money and was very excited. When I showed them what I had bought, they seemed happy too.

Describe A time you invited family or friends to have dinner at home or restaurants: IELTS Speaking Part 2 Sample Answer Describe a time that you got up early in the morning: IELTS Speaking Part 2 Sample Answer 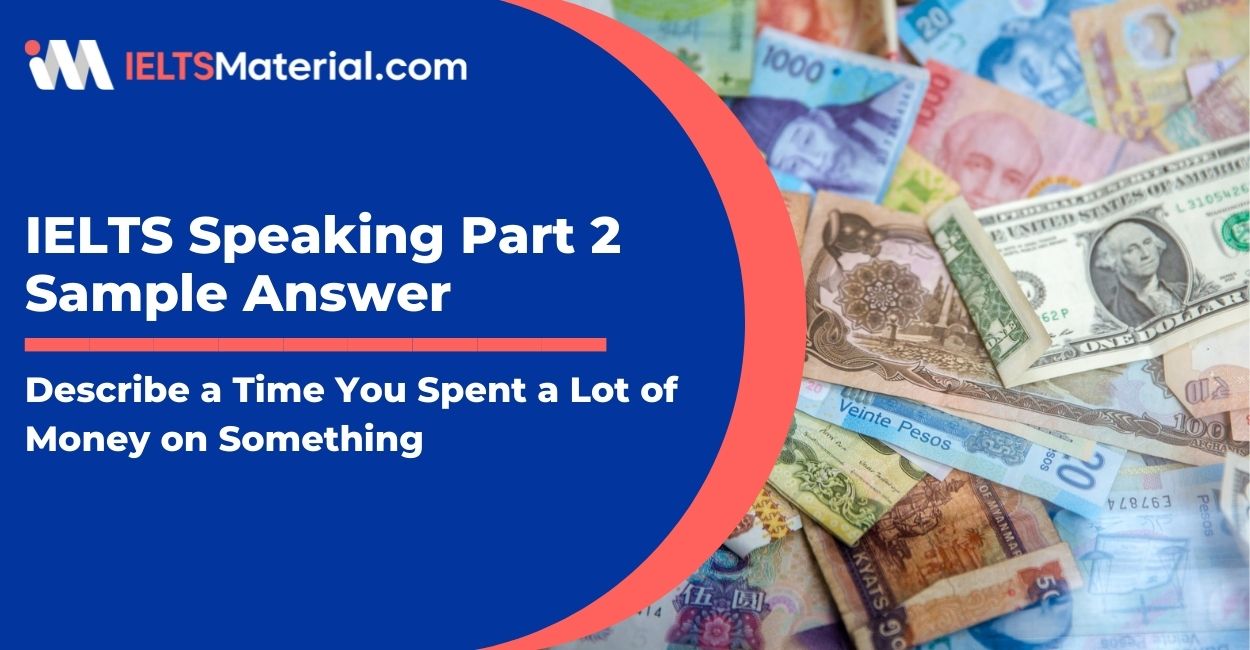