The diagram below shows the life cycle of the salmon.

Summarise the information by selecting and reporting the main features and make comparisons where relevant. 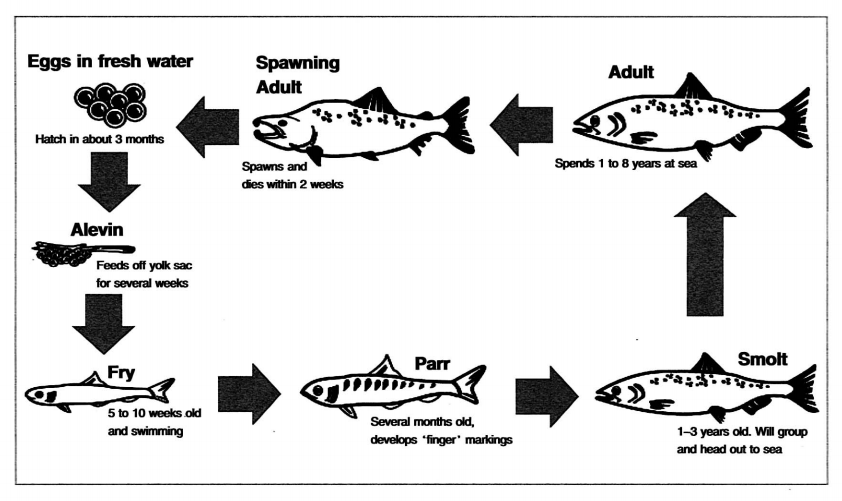 The diagram shows the various stages of development in the life cycle of the salmon.

At the very beginning of the cycle, in freshwater or rivers, eggs take approximately three months to hatch. After hatching, the baby salmon called alevin not yet looking like a fish – feeds off the yolk sac. Several weeks later, it takes the form of a young fish, identified as fry, which can swim. The fry is about five to ten weeks old. By the time it is several months old, the salmon, now known as parr, has developed typical finger-shaped markings. At some point between the age of one and three years old, the salmon or smolt forms groups and swims out to sea. The fully grown adult spends up to eight years swimming in the ocean until it is time to spawn. The spawning adult then returns to freshwater or upriver and after spawning dies within a couple of weeks.

Overall, the life cycle of the salmon covers seven distinct stages over approximately eight years from the hatching of the eggs till death.