Sentences 1&2 – Paraphrase the topic using synonyms to establish a base upon which you will elaborate.

Sentence 3 – Mention that the essay will understand the causes and solutions.

Paragraph 1 – Outline the causes of why there has been a tremendous wealth gap between rich and poor.

Paragraph 2 – Elucidate the solutions for this topic.

Summarise the essay and state your opinion.

Economically developed countries indeed take advantage of developing countries. It is mainly due to the wage gap between countries and the domination of local markets. However, this problem could be at least partially solved with government intervention.

One factor that significantly influences the wealth gap between prosperous and impoverished countries is that workers in developing countries are paid poorly. Global corporations seek to minimise their labour costs. Therefore, they set up their branches in developing countries and only offer low-paid work, keeping the highly paid corporate jobs back in their home country. Consequently, they maximise their profits, while the citizens of developing countries suffer from this economic inequality. Another major cause of wealth inequality is the control of prices of goods. As multinational businesses produce products of high quality and make them cheaper than local businesses, they can set lower prices of goods, so local companies cannot compete or go out of business trying to do so.

Consequently, the way to address these problems would be for the government to introduce stricter tax legislation for foreign companies. As a result, global corporations would have their profit margins shrunk, and hence, they would be pushed to increase the price of their products, which would benefit local sellers. Whereas to resolve the wealth gap issue, the governments of developing countries must increase the minimum wage. If they did this, the global companies would have to raise wages, and workers of poverty-stricken countries would earn more.

In conclusion, poorly paid jobs and market control increase the gap between economically developed and developing countries. The situation will be remedied when governments increase the minimum wage and reform tax laws.

Meaning – a fixed, regular payment earned for work or services, typically paid on a daily or weekly basis.
Example – Most wage claims are settled by compromise through arbitration.

Meaning – the exercise of power or influence over someone or something, or the state of being so controlled.
Example – Most companies struggle to maintain their domination in the marketplace.

Meaning – interference by a state in another’s affairs.
Example – The government’s intervention in the dispute between the two states might help.

Meaning – successful in material terms; flourishing financially.
Example – The country was on the verge of becoming prosperous and successful.

Meaning – (of a person or area) made poor.
Example – Excessive farming had impoverished the soil.

Meaning – relating to a large company or group.
Example – The company is moving its corporate headquarters from Mumbai to Bangalore.

Meaning – strive to gain or win something by defeating or establishing superiority over others.
Example – The company must reduce costs to compete effectively in the marketplace among the competitors.

Meaning – laws, considered collectively.
Example – He gave his consent to the proposed legislation held in the company’s general meeting.

Meaning – become or make smaller in size or amount.
Example – Television, in a sense, has shrunk the world.

Meaning – set right (an undesirable situation).
Example – The sexual harassment case against the senior partner could easily be remedied if the authorities were willing. 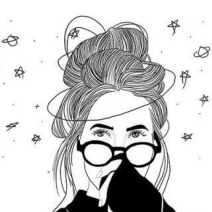 In this growing world, every country is struggling harder, some are fighting to attain their position conversely some are still struggling to get established. It has been seen that countries that are wealthy becoming wealthier while impoverished countries are leading towards poverty. However, there can be multiple reasons for the cause. This essay will point out some of the causes and their solutions.

On the one hand, rich countries have enough money to spend on their public. They spent a plethora of amounts on various areas like education, medical and sports, etc. On the other hand, in countries that are not affluent, their people scrape a living, and the life expectancy rate is low because of lower medical aid available. Another reason that has been observed in some advanced countries, they use advanced technologies in their industries and agriculture sector whereas other countries utilize workmen force in agriculture like cultivation.

To iron out these problems, richer countries can do efforts to help the underprivileged countries. Authorities of affluent countries can create job opportunities to attract the people of poor countries to come, earn and send the money to their families back home, in this way, money will come to their homeland and this will support a little to their economies. Moreover, it is the responsibility of various organizations like WHO and wealthy countries that they can show some brotherhood towards poor country people and can medically support them. For instance, World Health Organization can provide medical aids to the poorer countries as unhealthy people could deteriorate the condition of struggling nations, also, the government of richer countries can encourage their youth to go to underdeveloped countries to see their life sufferings and help them in any matter.

In conclusion, the issue that impoverished countries are struggling harder with their poverty whereas economically strong countries becoming stronger is continuing ever since. In particular, developed countries attain the use of advanced technology in the agriculture sector and the contribution of money in public areas that can benefit the nation nevertheless it can be addressed by the joint efforts of organizations like WHO, and the affluent countries themselves. Both can take part to cope with the poverty of the underprivileged countries.

Concentrate on correct use of verbs, punctuation and proper vocabulary.

Use more transitional phrases or linkers.