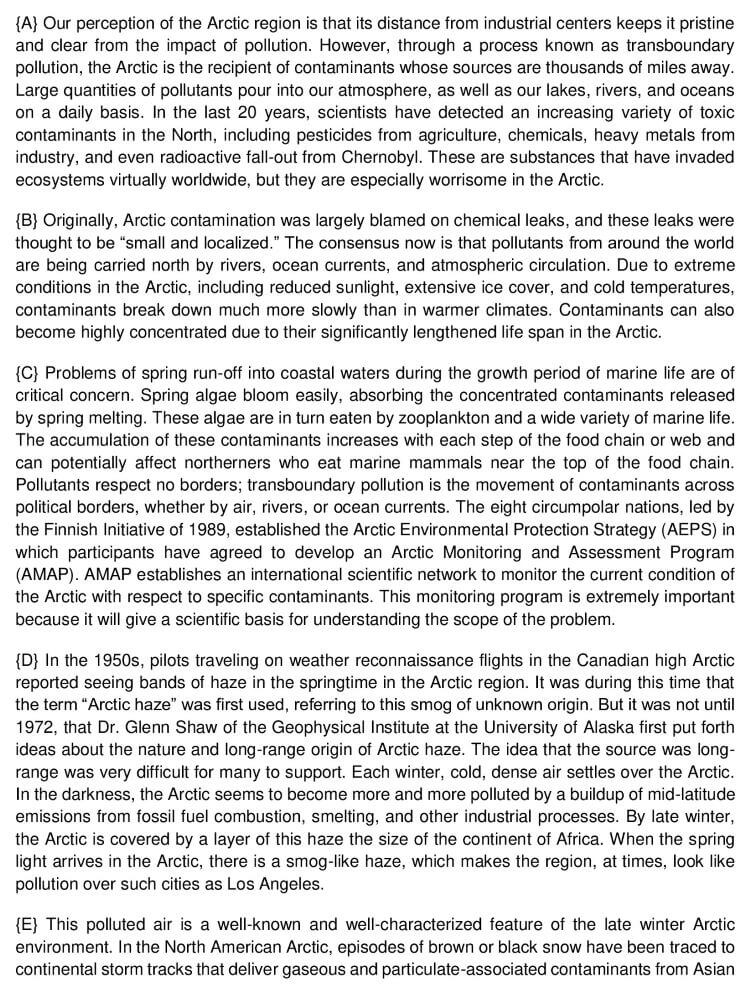 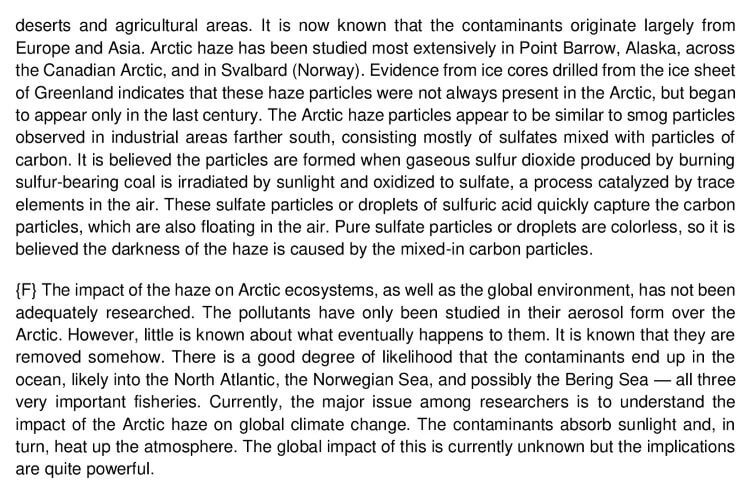 Read the Reading passage and look at the statements below.

17 The AEPS has set up scientific stations in the Arctic to monitor pollution.

19 Evidence that this smog has only occurred in the 20th Century has been found in the ice on the polar ice cap.

20 Research has shown that aerosol arctic pollutants remain in the air indefinitely.

Complete the summary relating to Arctic Haze below.

Choose your answers from the box below the summary and write them in boxes 21 – 26 on your answer sheet.

NB There are more words than spaces, so you will not use them at all.

Answer explanation: “Due to extreme conditions in the Arctic, including reduced sunlight, extensive ice cover, and cold temperatures, contaminants break down much more slowly than in warmer climates. Contaminants can also become highly concentrated due to their significantly lengthened life span in the Arctic.” This suggests that the contaminants are broken down slowly and with much time as compared to the warmer climates.

Answer explanation: There is no such reference given in the passage where the AEPS has set up scientific stations in the Arctic to monitor pollution.

Answer explanation: “When the spring light arrives in the Arctic, there is a smog-like haze, which makes the region, at times, look like pollution over such cities as Los Angeles.” This suggests that the pollution of LA (US urban city) is similar to that of the Arctic haze (smog-like).

Answer explanation: “Evidence from ice cores drilled from the ice sheet of Greenland indicates that these haze particles were not always present in the Arctic, but began to appear only in the last century.” This suggests that the Evidence that this smog has only occurred in the 20th Century (the last century) was found from the ice sheet of Greenland and not from the polar ice caps.

Answer explanation: “The pollutants have only been studied in their aerosol form over the Arctic. However, little is known about what eventually happens to them. It is known that they are removed somehow.” This suggests that the aerosol arctic pollutants do not remain in the air indefinitely and are rather removed somehow.

Answer explanation: “In the 1950s, pilots traveling on weather reconnaissance flights in the Canadian high Arctic reported seeing bands of haze in the springtime in the Arctic region. It was during this time that the term “Arctic haze” was first used, referring to this smog of unknown origin.” This suggests that at the time of the observation of the Arctic haze, its origin was unknown and unestablished. Therefore, the origin was not certain.

Answer explanation: “Evidence from ice cores drilled from the ice sheet of Greenland indicates that these haze particles were not always present in the Arctic, but began to appear only in the last century.” This suggests that the origin of the Arctic haze was determined by investigating and studying the ice core taken out from the ice sheet.

Answer explanation: “The global impact of this is currently unknown but the implications are quite powerful.” This line clearly suggests that the impact of the Arctic haze is yet to be discovered and investigated and the effect on the environment is unknown. 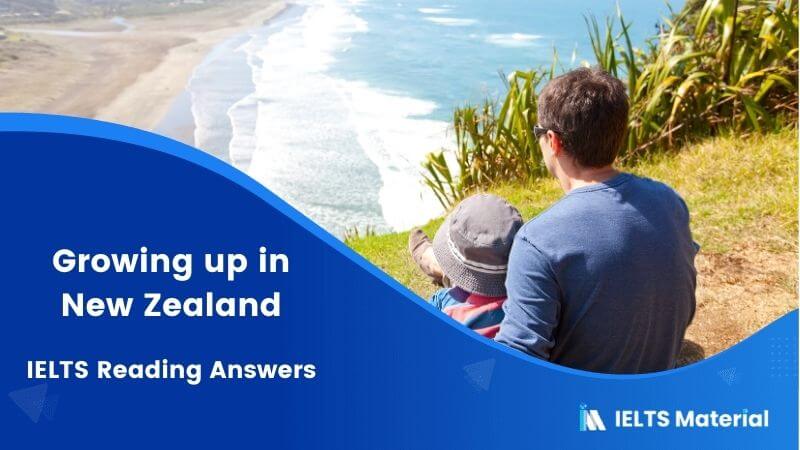