True False Not given IELTS Reading 2022 – Lessons, Tips and Strategy

In the Reading section, you will have a text as well as a list of facts. The test taker has to identify whether the facts are True False or Not Given by referring to the text that is given. Right next to the facts you need to write TRUE, if the fact matches the text, FALSE, if the fact does not match with the text and NOT GIVEN, if the fact is not present in the text.

This article helps the test taker understand, how to answer the True False Not Given IELTS reading questions. Have a look at the tips and strategies and samples given below.

Strategies for answering the True False Not Given Questions

There are a few True False Not Given strategies, which have to be borne in mind while answering the questions. They are listed below:

Not sure how to successfully complete the True/False/Not Given section? In our best IELTS online classes, we teach effective tips and strategies to help you score higher.

Tips for True False Not Given IELTS Reading Questions

Some tips to answer the questions and obtain a high band in the IELTS examination are given below:

For the first question, “decide” means “choose” . From the passage we understand that, we choose what our daydreams will be about, which we cannot usually do with dreams. So we cannot decide what to dream. Hence the statement is FALSE

For the third question, “formation” also means “development”. From the passage we understand that, people in creative fields develop new ideas through daydreaming. So the statement is TRUE.

For the fourth statement, it is not mentioned anywhere in the passage that there is a possibility of a day dream to become a dream. So it is NOT GIVEN.

For the fifth question, the passage clearly states that it was Albert Einstein who said that imagination is more important than knowledge. So the statement is FALSE.

For the second question, “.. .many believed it was the Eighth Wonder of the World at the time…. .. “, this sentence from the passage clearly indicates that it was something people believed at that time. It was not a fact. Hence the statement is FALSE.

For the third question, the passage does not state how much each class used the tunnel. So it is NOT GIVEN.

For the fifth question, “The aim had been for the tunnel to be used by wheeled vehicles to transport cargo so that it could bring in a profit.”, indicates that the aim of the tunnel is not to turn a profit as a tourist attraction. Hence the statement is FALSE. 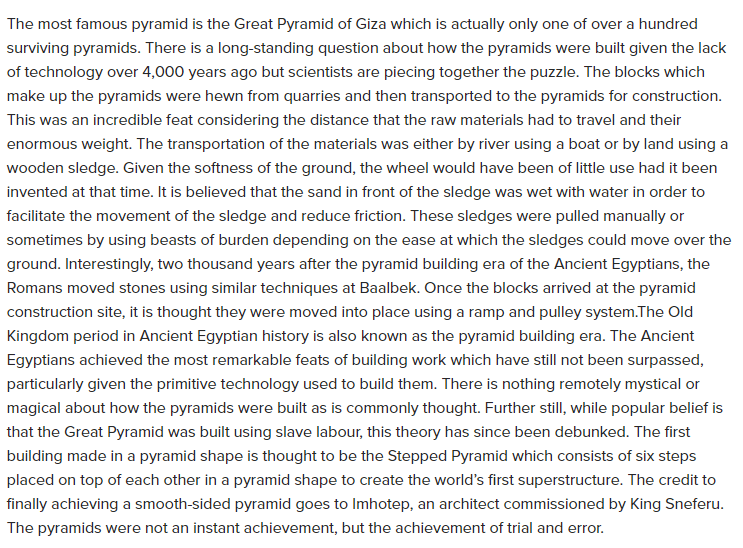 For the first question, “.. scientists are piecing together the puzzle.” This sentence from the passage clearly indicates that the work of scientists is currently a work in progress. Hence the statement is FALSE.

For the second question, “It is believed that the sand in front of the sledge was wet with water in order to facilitate the movement of the sledges and reduce friction.” This sentence from the passage indicates that Ancient Egyptians could have lubricated paths to aid transportation by sledge. Hence the statement is TRUE.

For the third question, “These sledges were pulled manually or sometimes by using beasts of burden . .. “. Manually meaning by hand (people) and beast of burden meaning animal, indicating that the sledges were also dragged by humans. Hence the statement is FALSE.

For the fourth question, the passage gives no information about who the Roman’s learned from. So it is NOT GIVEN.

For the fifth question the statement is TRUE since the sentence from the passage, “The Ancient Egyptians achieved the most remarkable feats of building work which have still not been surpassed…..”, clearly indicates the same.

What section of IELTS contains the TRUE/FALSE/NOT GIVEN questions?

The Reading section of IELTS contains the TRUE/FALSE/NOT GIVEN questions.

Are the questions asked in the same order in which the text or the information is given?

Yes. But, it is highly recommended that you read the passage carefully and answer the questions.

Should I skim or scan the question?

You will neither skim (briefly understand) nor scan ( look only for specific information) the question. You have to read the question carefully, to be able to answer it.

Will the answers be paraphrased ( in the text given)?

Yes. You need to know the synonyms of various words in English to answer the questions given.

How do I determine TRUE, FALSE or NOT GIVEN from the information given?

If the fact is TRUE, then there should be an exact match. The answer will be FALSE when the text states one meaning and the fact given states another meaning. If you have no idea about the answer, then write NOT GIVEN, because probably the answer may not be available in the text.

Explore other True/False/Not Given Questions 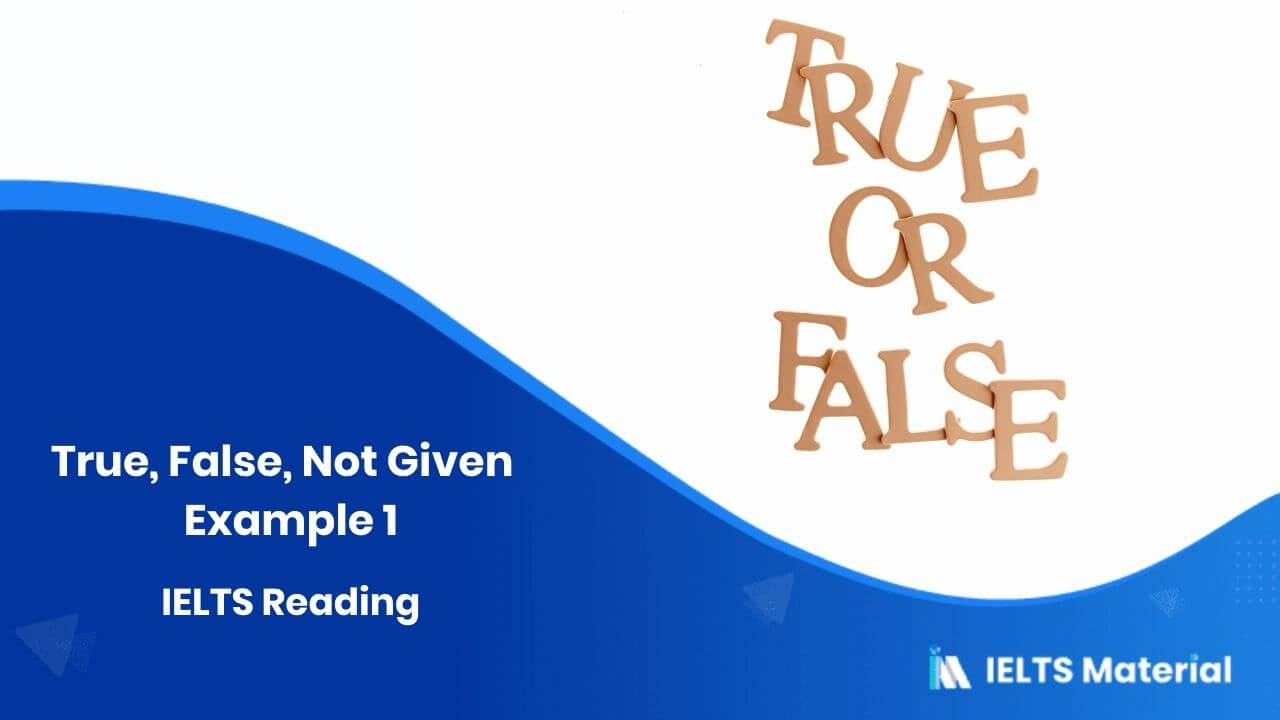 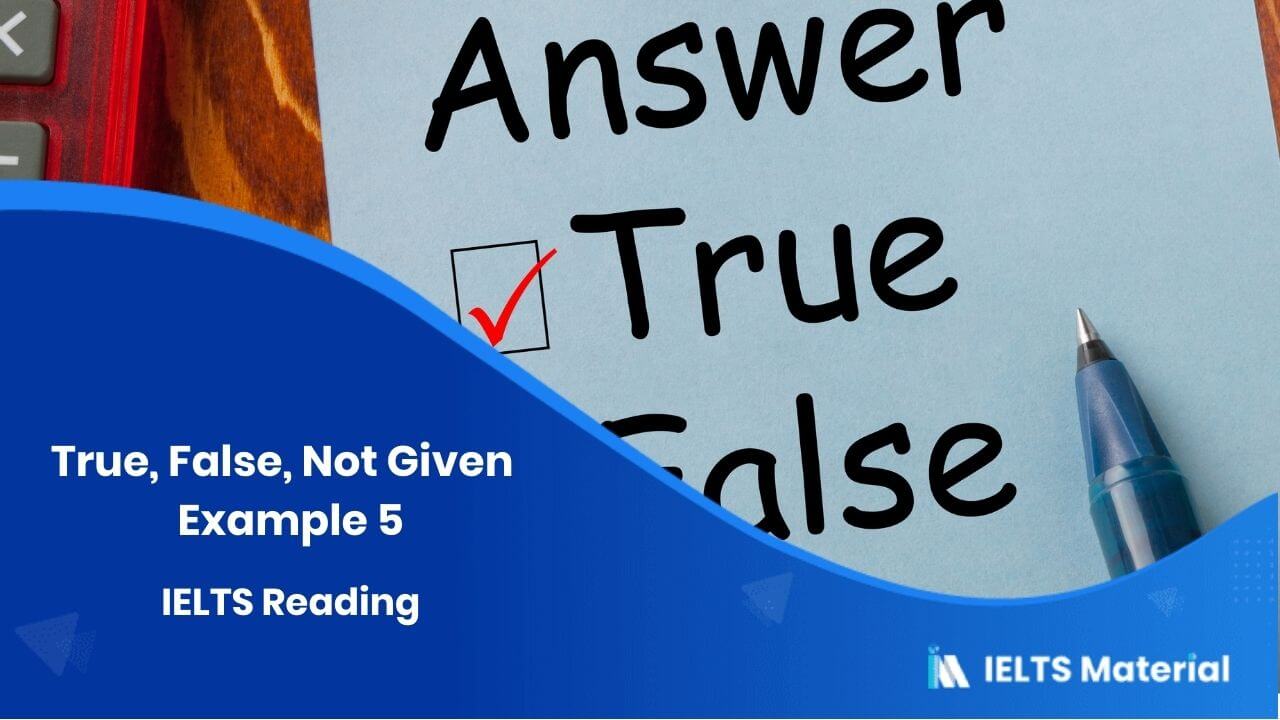 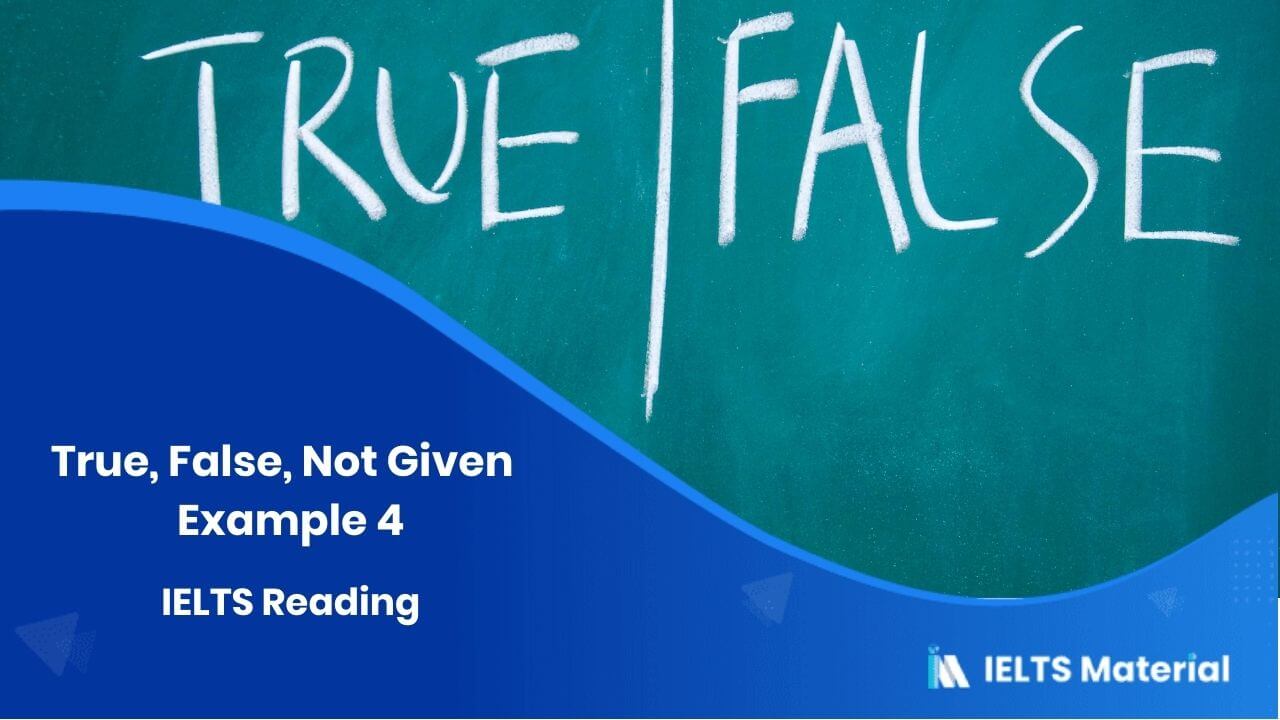 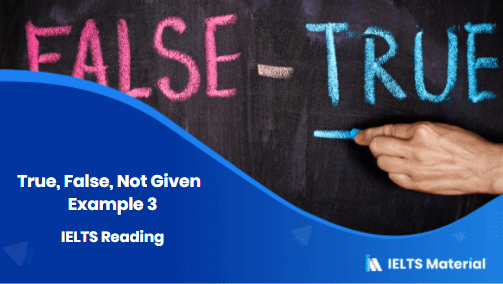