The bar chart below shows the percentage of unemployed graduates, aged 20-24, in one European country over two years.

Summarise the information by selecting and reporting the main features, and making comparisons where relevant. 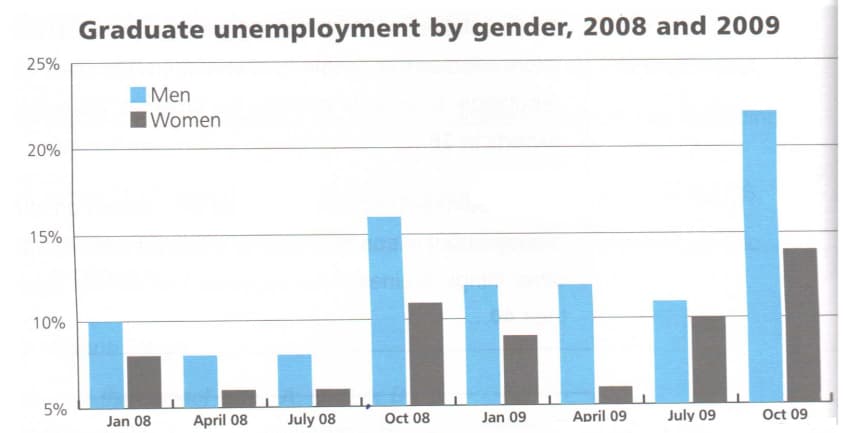 Perhaps the most striking trend, though, is for a greater percentage of male than female graduates to be out of work at all times of the year. Also, there is the greater seasonal variation for men than women: the gender difference is much more marked in October of both years and this reaches a peak in October 2009, where there is an eight percent difference between women and men.

Finally, the employment of women graduates is relatively stable throughout the whole two-year period. It only varies by eight percent (six percent in April 2008, to 14 percent in October 2009). By contrast, men’s unemployment fluctuates more noticeably, with a range of eight to 22 percent.