Nowadays, there is a  booming [1] trend of start-ups[2] in my city; however, not all of them are successful. One of the businesses that I think is the most successful is a chain[3] of restaurants and café boutiques[4].

I remember that 2 years ago, they only had one business in our city. It quickly became one of the favorite spots for the youth to get together. Now they have expanded with franchises [5] in almost every corner of my city. The fame of X has spread by word of mouth[6] and in my case, a friend told me about it. 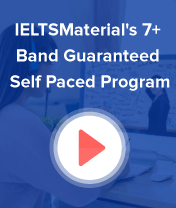 The owner of the chain is a young woman, who is only 31 years old. Since I have always been interested in opening up a small café/restaurant of my own, I admire her work a lot. She has successfully created a brand name[7] for real food, in the modern era. Every time I have visited this restaurant, it has always been full and this applies to all other locations in our city.

Recently, the group announced that it had raised a 5.5 million-dollar investment[8] from overseas funds. This proves that X could be considered to have great potential in developing further and becoming more successful in the future.

Example: The owner was able to buy new machinery because his company was booming and he had money to invest.

Example: Many start-ups fail because they do not have enough money to survive their first year in business.

Example: There are about 6 large chains of supermarkets selling food in the UK.

Example: A famous street in London is full of small boutiques selling all the latest styles of clothes.

Example: The largest restaurant franchise in the UK is McDonald’s.

Example: The news of the accident spread by word of mouth, hours before it was reported on TV.

Example: The brand name of the most famous trainers is NIKE.

Example: The investment of money by the bank enabled the business to expand.