You should spend about 20 minutes answering Questions 1-13, which are based on Reading Passage 1 given below.

Prehistoric Cave Paintings Took up to 20,000 Years to Complete 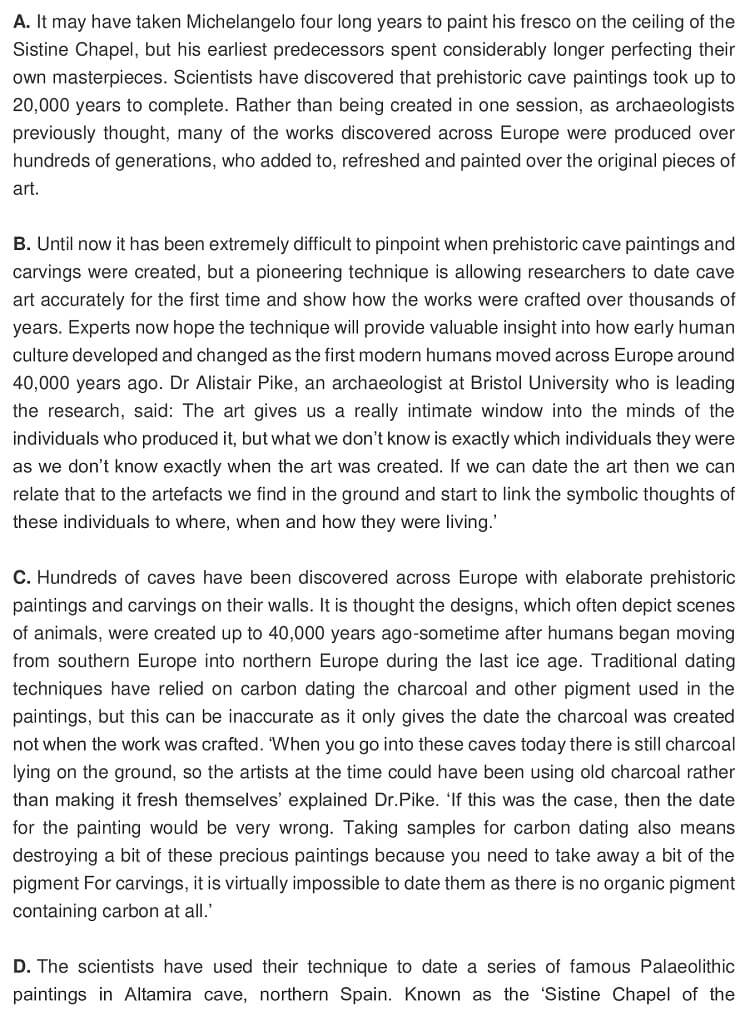 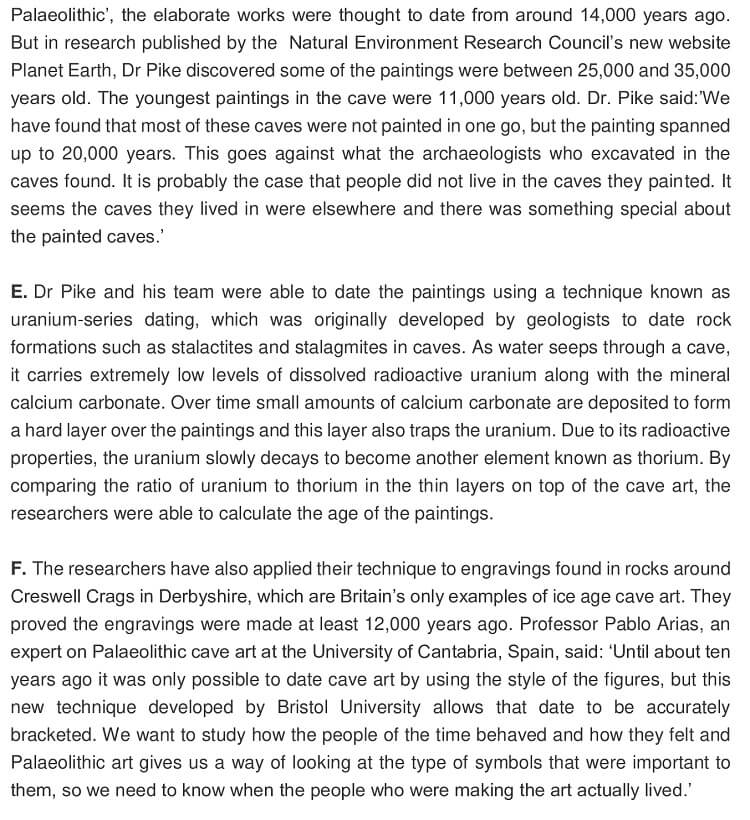 1 Cave paintings inspired Michelangelo to paint the ceiling of the Sistine Chapel.

2 It now seems that cave paintings were painted in one go and then left untouched.

3 Dr Pike is focusing on dating artefacts found on the ground in the caves.

4 There are a number of disadvantages to using carbon dating to date paintings and carvings.

5 The Altamira cave contains more cave paintings than any other cave in Europe.

Choose the correct letter, A, B, C or D and write them next to 6-8 on your answer sheet.

A most caves remained undiscovered for thousands of years.

B archaeologists should not have excavated the caves at all.

C the caves were uninhabited but were treated as important.

D the paintings were painted by the people living in the caves.

A was previously used for other purposes.

B is a technique that was invented by Dr Pike.

C relies on the presence of stalactites in the caves.

D only works with caves that are underwater.

A is sceptical about the benefits of the new dating technique.

B is enthusiastic about what the new technique will achieve.

D believes it is necessary only to study the symbols in the art.

Choose your answers from the box and write the letters A-H next to Questions 9-14.

What is said about each of these things found in the caves?

You should spend about 20 minutes on Questions 15-27, which are based on Reading Passage 2 below.

English primary school pupils subjected to more tests than in any other country. 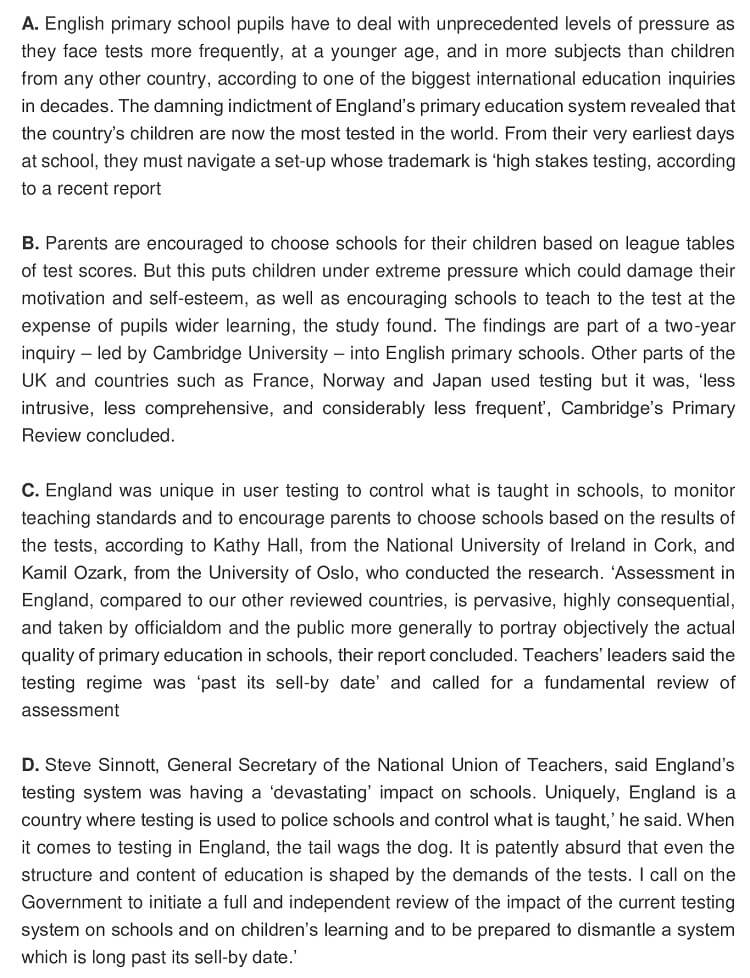 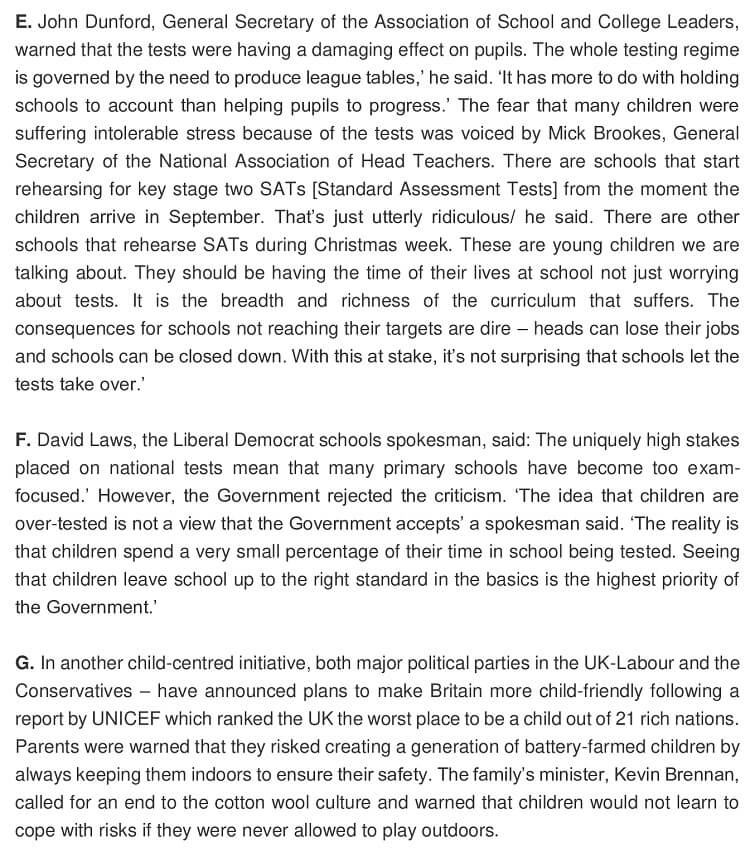 Do the following statements agree with the information given in Reading Passage 2? Write

20 Steve Sinnott says what is taught at school should be more tightly controlled.

21 According to John Dunford, children would make more progress with much shorter and easier tests.

23 David Laws agree with the opinions of Mick Brookes.

Choose the correct letter, A, B, C or D and write them next to 24-27 on your answer sheet.

24 What does the government argue?

A There is not enough testing at present.

B Tests at primary school are too easy.

C Tests are not given too frequently.

A is extremely critical of the way exams are written.

B accepts many of the points made by the teachers’ leaders.

C thinks education is what the government is most interested in.

D argues it is the teacher’s fault that students are tested so much.

26 According to UNICEF, children in the UK

A often spend too much time in the worst kind of places.

B are not so well behaved as in other countries.

C are not as rich as children in 21 other countries.

D could be having much more fulfilling childhoods.

27 What is the point Kevin Brennan makes?

A Children use too many electrical devices.

B Children would learn by being outside more.

C It’s too risky for children to be outside on their own.

D The most important thing is the children’s safety.

You should spend about 20 minutes on Questions 28-40, which are based on Reading Passage 3 below. 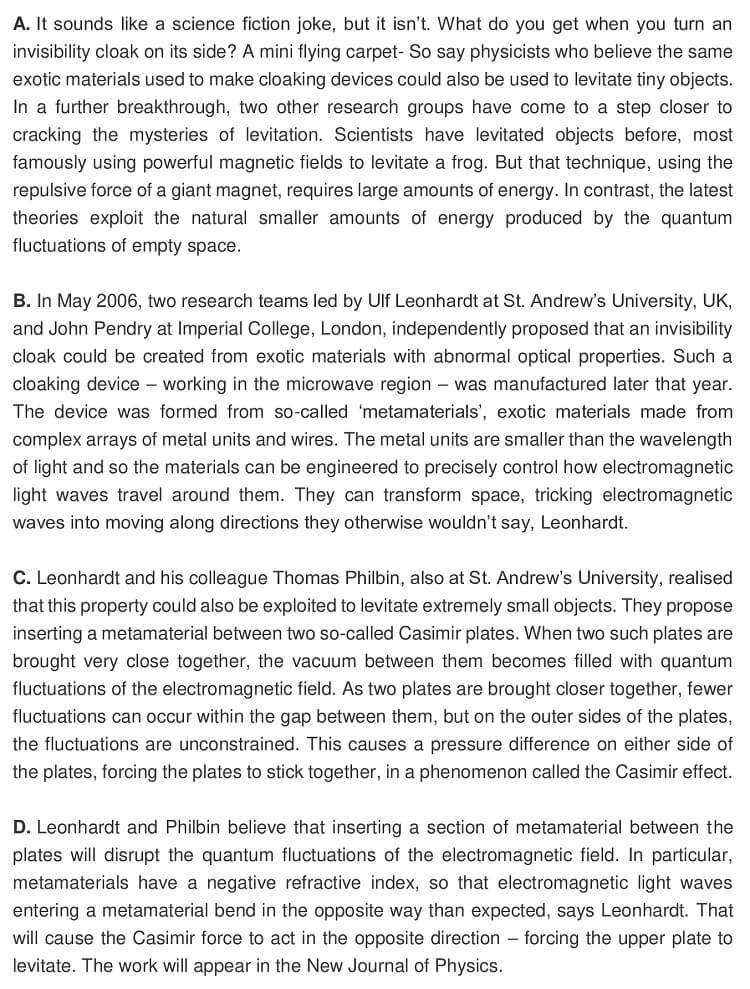 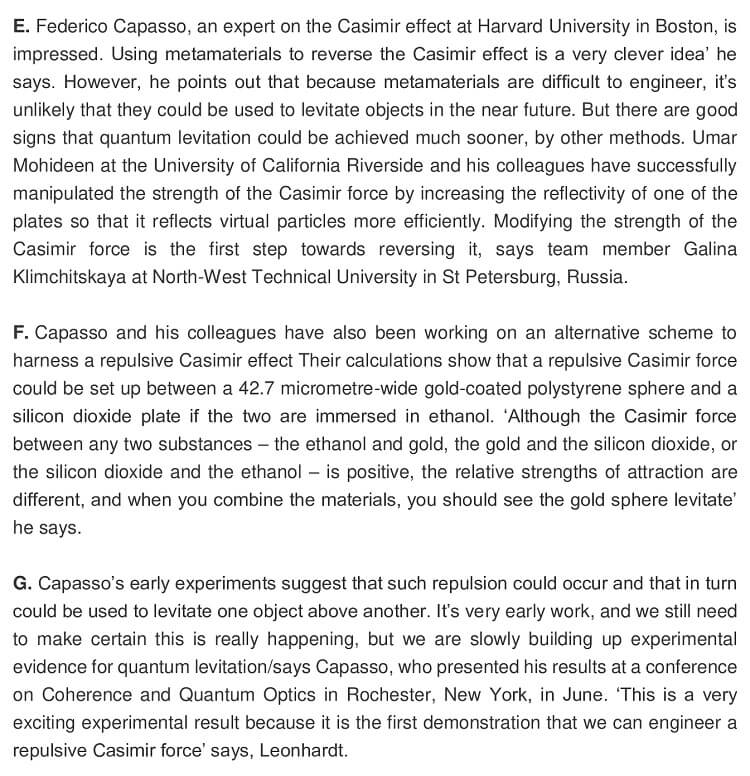 Do the following statements agree with the claims of the writer in Reading Passage 3? Write

YES, if the statement agrees with the writer’s claims

NO, if the statement contradicts the writer’s claims

28 A mini flying carpet is a possibility according to some scientists.

29 Cloaking devices can be used for levitation.

30 Scientists now know all about levitation.

31 Things can be transported from place to place using empty space technology.

32 The most recent research into levitation has made use of large magnets.

Choose the correct letter, A, B, C or D and write them next to 33-37 on your answer sheet.

B both came up with the same idea.

D used only basic objects in their research.

A similar to light, but with a smaller wavelength.

B a combination of simple metals and wires.

D engineered when light waves travel around them.

35 The importance of the Casimir effect is that it

A doesn’t require a vacuum in order to work.

B increases the number of plates that can be used.

A cause the top plate to rise above the bottom plate.

37 Why is it important to change the strength of the Casimir force?

A to reflect the plates.

B to help reverse the force.

D  to enable other scientists to progress.

Complete each sentence with the correct ending A-F below.

A gold can be used to produce levitation.

B a particular type of ethanol has to be used.

C the levitation will last for only a few seconds.

D using metamaterials will help lead to levitation in the short term.

E his experiment will be extremely costly to perform.

F his idea is still only a theory. 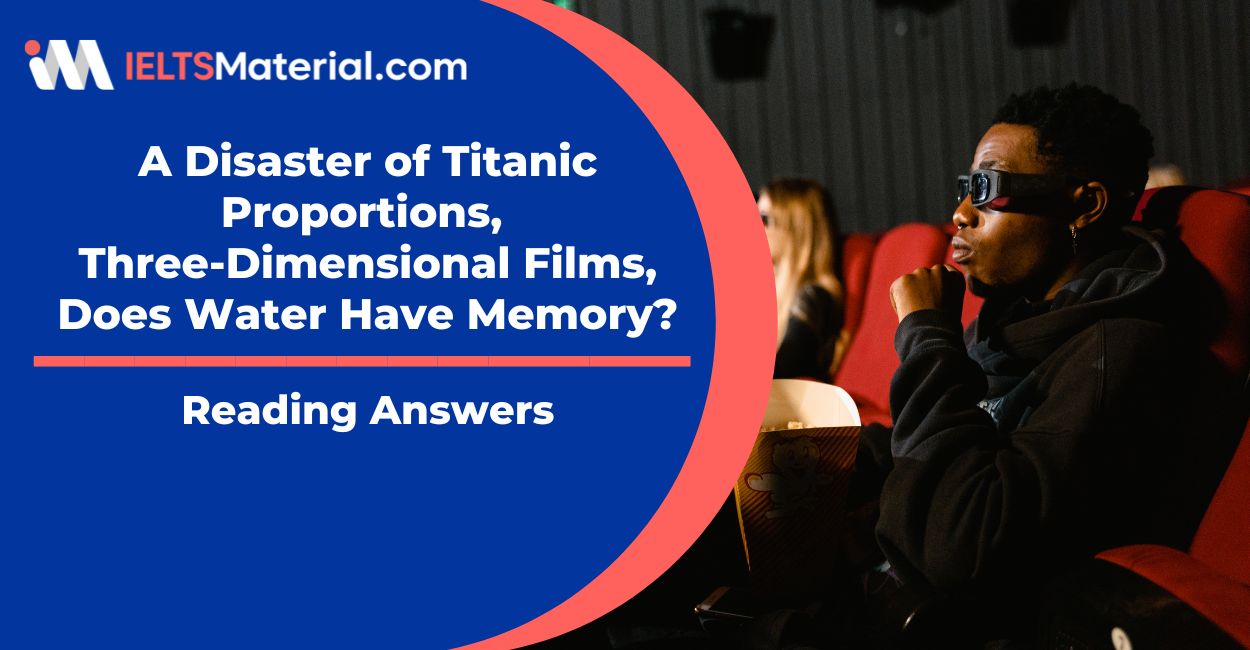 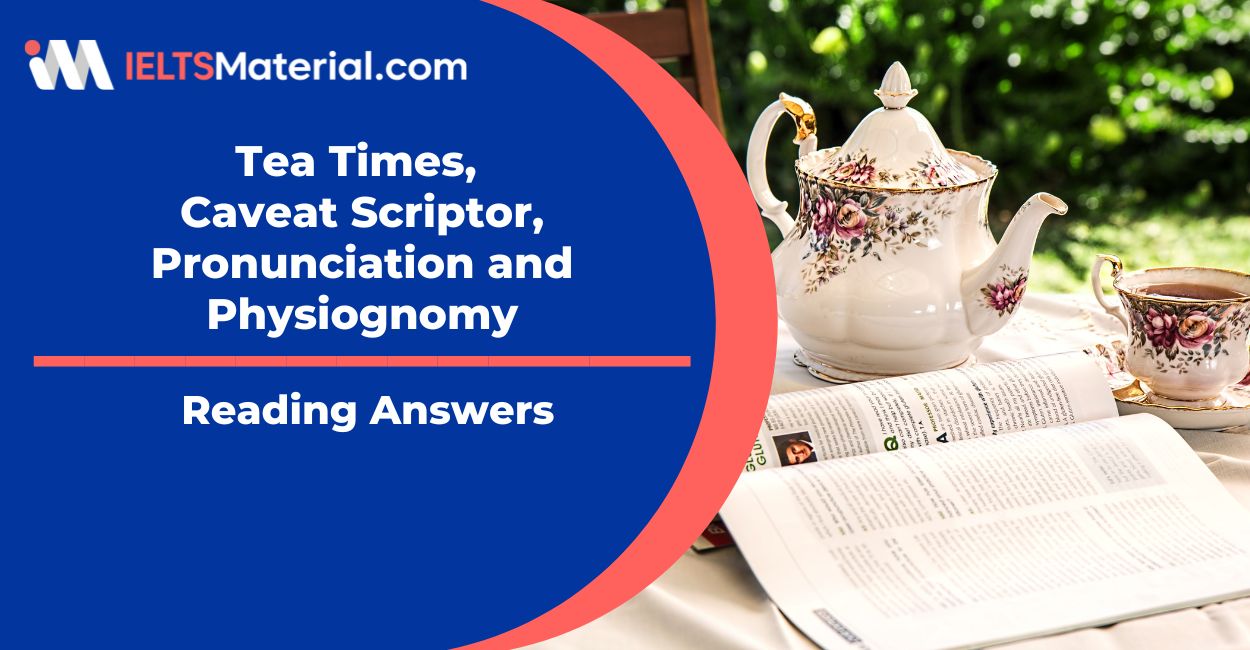 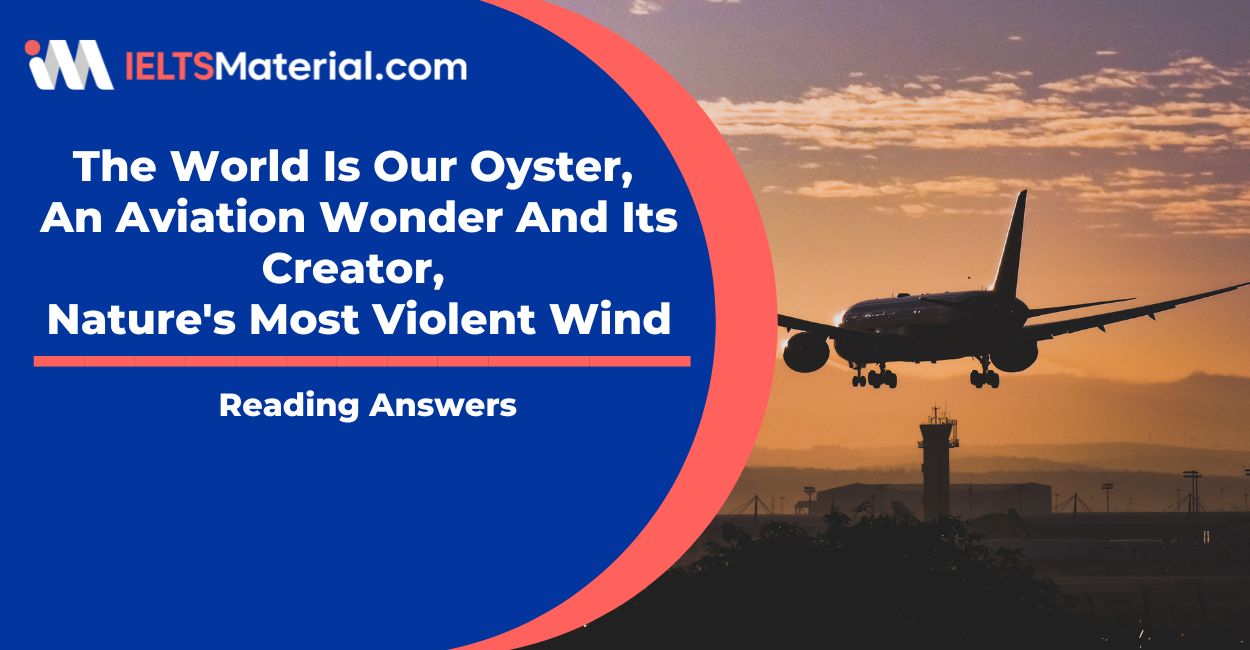 The World Is Our Oyster, An Aviation Wonder And Its Creator, Nature’s Most Violent Wind Reading Answers 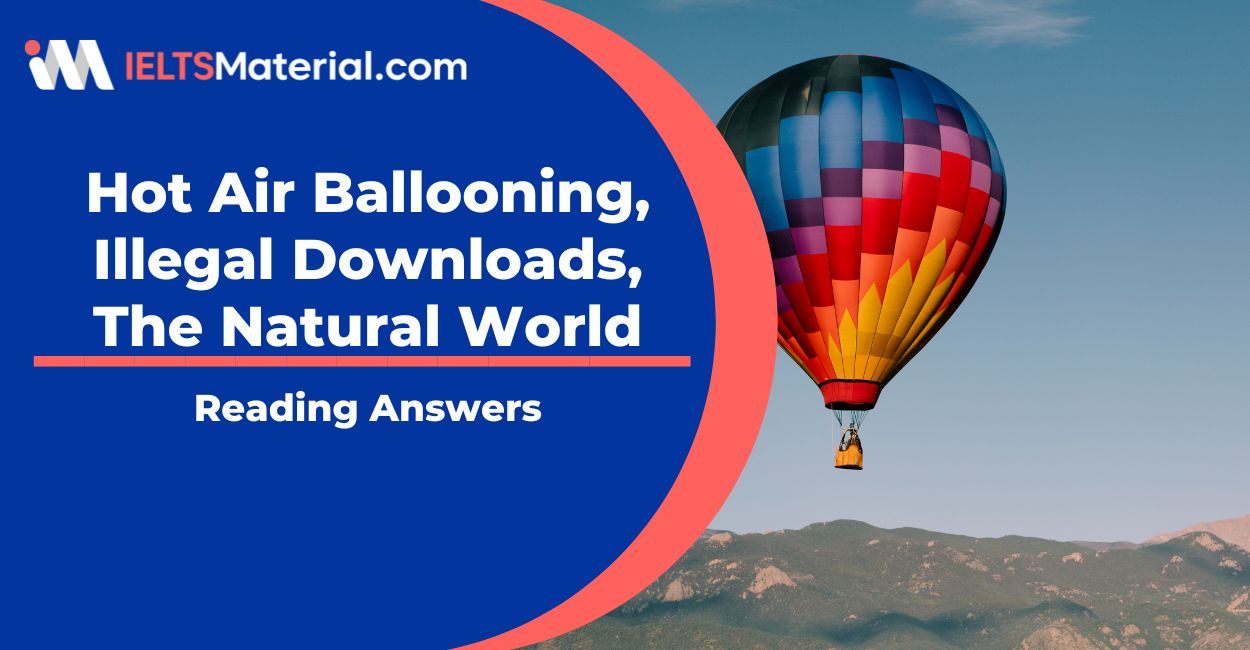