Describe Image is one of the most complicated tasks in the IELTS Writing module. Without a sound plan, it can be difficult to perform well on the Describe Image exercise. The Bar Graph is the ideal format for practising the Describe Image problem because it has logically and simply organised all of the components. Elements of the Bar Graph include the layout, the figures, the contrasts, and the similarities.

The bar chart below shows the percentage of people living alone in 5 different age groups in the USA between 1850 and 2000. 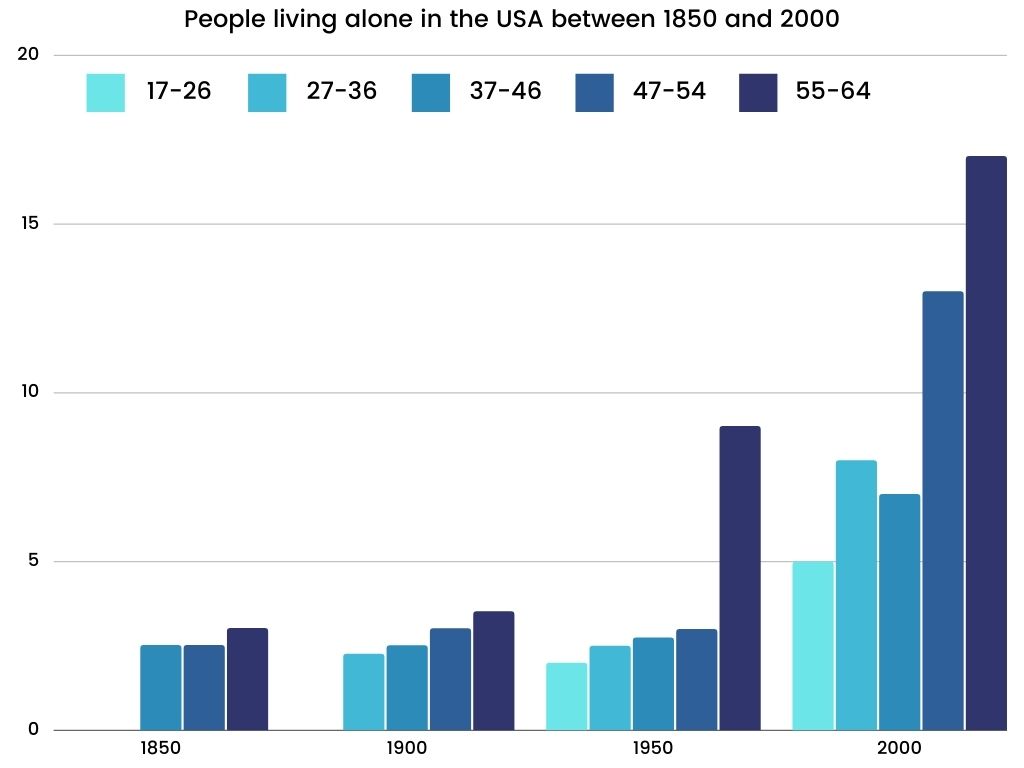 Overview/summary paragraph: (1) % increased in all age groups over this period (2) the highest percentage in the 55-64 age group

Paragraph 3: compare the percentages in 1850 and 1900, give some supporting figures

Paragraph 4: 1950: the percentages rise according to age group. (Give no figures). 2000: compare final figures for each age group (give all figures).

The bar chart represents the proportion of USA citizens living alone in different age groups over one and a half centuries from 1850.

We can observe from the graph that a large number of people from different age groups decided to live alone, especially the people of 55-64 age groups. Furthermore, the figures for all age groups gradually increased over the period.