Peter L. Falkingham and his colleagues at Manchester University are developing techniques which look set to revolutionize our understanding of how dinosaurs and other extinct animals behaved. 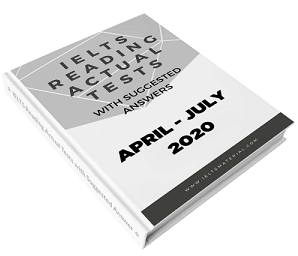 A. The media image of palaeontologists who study prehistoric life is often of field workers camped in the desert in the hot sun, carefully picking away at the rock surrounding a large dinosaur bone. But Peter Falkingham has done little of that for a while now. Instead, he devotes himself to his computer. Not because he has become inundated with paperwork, but because he is a new kind of palaeontologist: a computational palaeontologist.

B. What few people may consider is that uncovering a skeleton, or discovering a new species, is where the research begins, not where it ends. What we really want to understand is how the extinct animals and plants behaved in their natural habitats. Dr Bill Sellers and Phil Manning from the University of Manchester use a ‘genetic algorithm’ – a kind of computer code that can change itself and ‘evolve’ – to explore how extinct animals like dinosaurs, and our own early ancestors, walked and stalked.

C. The fossilized bones of a complete dinosaur skeleton can tell scientists a lot about the animal, but they do not make up the complete picture and the computer can try to fill the gap. The computer model is given a digitized skeleton and the locations of known muscles. The model then randomly activates the muscles. This, perhaps unsurprisingly, results almost without fail in the animal falling on its face. So the computer alters the activation pattern and tries again … usually to similar effect. The modelled dinosaurs quickly ‘evolve’. If there is any improvement, the computer discards the old pattern and adopts the new one as the base for alteration. Eventually, the muscle activation pattern evolves a stable way of moving, the best possible solution is reached, and the dinosaur can walk, run, chase or graze. Assuming natural selection evolves the best possible solution too, the modelled animal should be moving in a manner similar to its now-extinct counterpart. And indeed, using the same method for living animals (humans, emu and ostriches) similar top speeds were achieved on the computer as in reality. By comparing their cyberspace results with real measurements of living species, the Manchester team of palaeontologists can be confident in the results computed showing how extinct prehistoric animals such as dinosaurs moved.

D. The Manchester University team have used the computer simulations to produce a model of a giant meat-eating dinosaur. lt is called an acrocanthosaurus which literally means ‘high spined lizard’ because of the spines which run along its backbone. It is not really known why they are there but scientists have speculated they could have supported a hump that stored fat and water reserves. There are also those who believe that the spines acted as a support for a sail. Of these, one half think it was used as a display and could be flushed with blood and the other half think it was used as a temperature-regulating device. It may have been a mixture of the two. The skull seems out of proportion with its thick, heavy body because it is so narrow and the jaws are delicate and fine. The feet are also worthy of note as they look surprisingly small in contrast to the animal as a whole. It has a deep broad tail and powerful leg muscles to aid locomotion. It walked on its back legs and its front legs were much shorter with powerful claws.

E. Falkingham himself is investigating fossilized tracks, or footprints, using computer simulations to help analyze how extinct animals moved. Modern-day trackers who study the habitats of wild animals can tell you what animal made a track, whether that animal was walking or running, sometimes even the sex of the animal. But a fossil track poses a more considerable challenge to interpret in the same way. A crucial consideration is knowing what the environment including the mud, or sediment, upon which the animal walked was like millions of years ago when the track was made. Experiments can answer these questions but the number of variables is staggering. To physically recreate each scenario with a box of mud is extremely time-consuming and difficult to repeat accurately. This is where computer simulation comes in.

G. Falkingham uses computational techniques to model a volume of mud and control the moisture content, consistency, and other conditions to simulate the mud of prehistoric times. A footprint is then made in the digital mud by a virtual foot. This footprint can be chopped up and viewed from any angle and stress values can be extracted and calculated from inside it. By running hundreds of these simulations simultaneously on supercomputers, Falkingham can start to understand what types of footprint would be expected if an animal moved in a certain way over a given kind of ground. Looking at the variation in the virtual tracks, researchers can make sense of fossil tracks with greater confidence.

H. The application of computational techniques in palaeontology is becoming more prevalent every year. As computer power continues to increase, the range of problems that can be tackled and questions that can be answered will only expand.

Do the following statements agree with the information given in Reading Passage 1? In boxes 1-6 on your answer sheet, write.

YES,  if the statement agrees with the information

NO,  if the statement contradicts with the information

NOT GIVEN,  if there is no information on this

1. In his study of prehistoric life, Peter Falkinghom rarely spends time on outdoor research those days.

2. Several attempts are usually needed before the computer model of a dinosaur used by Sellers and Manning manages to stay upright.

3. When the Sellers and Manning computer model was used for people, it showed them moving faster than they are physically able to.

4. Some palaeontologists have expressed reservations about the conclusions reached by the Manchester team concerning the movement of dinosaurs.

5. An experienced tracker can analyse fossil footprints as easily as those made by live animals.

6. Research carried out into the composition of prehistoric mud has been found to be inaccurate.

Label the diagram below.

Choose NO MORE THAN ONE WORD from the passage for each answer. Complete the flow-chart below

Write NO MORE THAN TWO WORDS for each answer