Bar graph below shows the amount of carbon emissions in different countries during three different years. 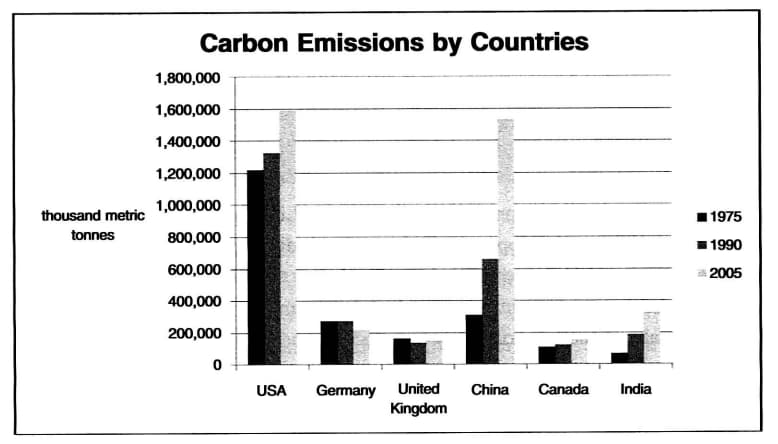 On the whole, the two largest contributors to carbon emissions were the USA and China.