In IELTS Writing Task 1 of the Academic section, there will be a visual representation or a diagram on which you have to write a paragraph. One of these visual representations may be bar graphs. Given below is an example of an IELTS Writing Task 1 bar graph discussing the number of people who are affected by four types of noise day on a daily basis in cities and rural areas in 2007. Let’s understand how to frame the essay from the ideas we have.

The charts illustrate the number of people affected by four types of noise pollution day and night in cities and rural areas in 2007. 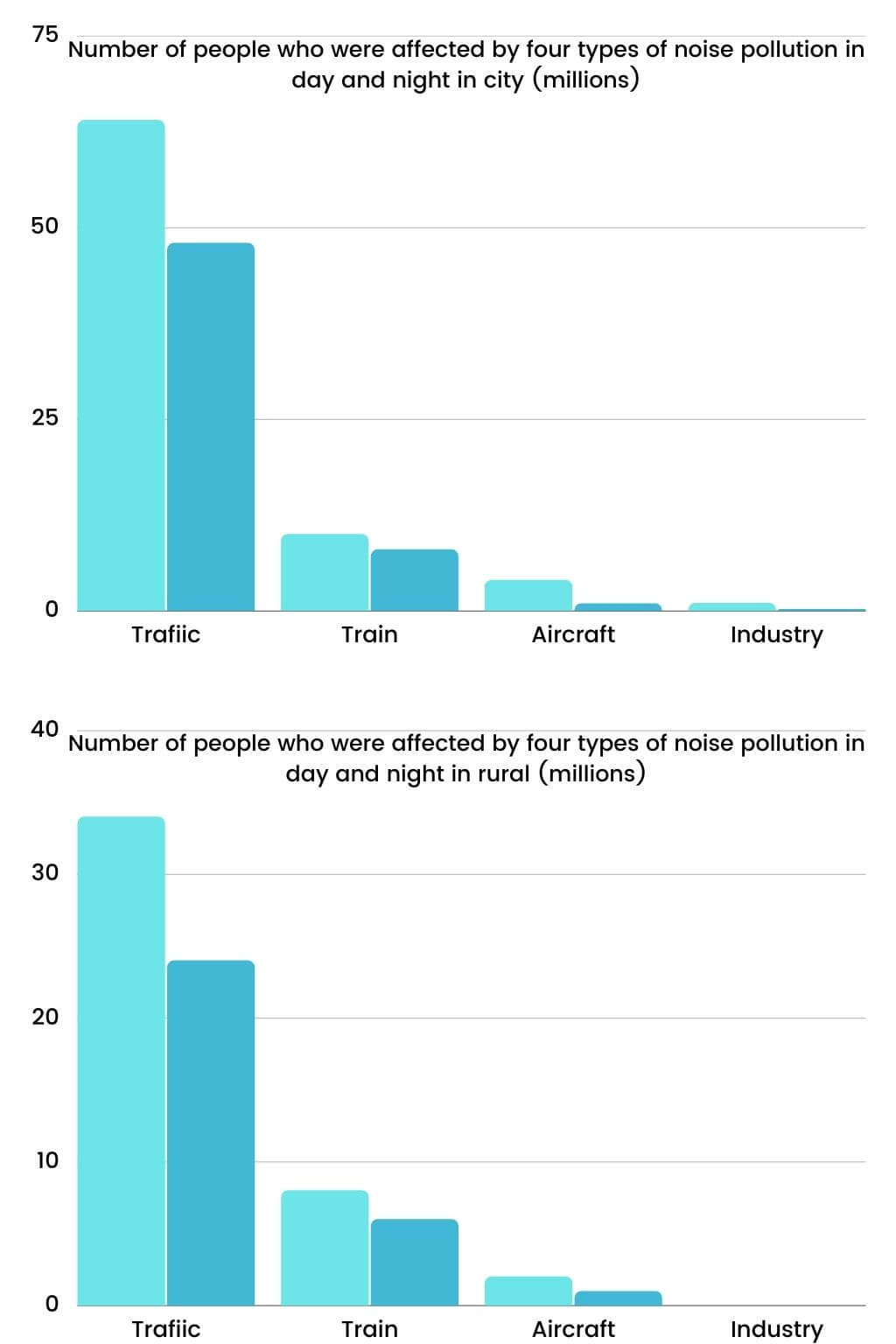 Paraphrase: depicts; a number of people distributed by various types of noise pollution during the daytime & nighttime in 2007.

Paragraph 3: compare the noise of the train in the rural and urban areas. Give figures.

Paragraph 4: compare aircraft noise day and night in cities and rural areas. Then compare noise from the industry. Give figures.

The bar graph depicts the total number of people disturbed by various types of noise pollution during the daytime and nighttime in the year 2007.

During the day, the noise from the trains affected 10 million suburban residents and 8 million people in the countryside, which was moderately higher than the number of affected people at night in both areas, with 8 million and 6 million respectively.

The remaining noise pollution sources, aircraft and industries, affected the urban and rural residents less significantly. In the daytime,  noise from aircraft affected 4 million urban people, twice the number of rural residents. At night, the value was the same in the cities as well as in the rural areas.