IELTS is the world’s most popular English language proficiency test, designed to assess the language ability of those who wish to migrate for studying or working in a foreign country where English is the main language of communication.

Therefore, based on the purpose of migration, there are two types of IELTS tests: IELTS Academic and IELTS General Training. The Speaking and Listening sections are the same for both the tests, but the subject topic for the Reading and Writing sections will differ.

The IELTS General Training Test is designed for applicants who intend to migrate for employment purposes or undergo a non-academic form of training in an English speaking country.

So in short, the IELTS General Training Test is for those who plan to migrate to a foreign country for:

The test duration for the IELTS General Training, same as the IELTS Academic, is 2 hours and 45 minutes.

The registration fee for IELTS General Training Test, for both Paper-based and Computer-delivered, is: INR 14,000

Similar to the Reading test, both the General Training and Academic Writing Tests take 60 minutes. And both the tests contain 2 tasks where task 2 is an essay of at least 250 words. The difference comes in task 1, where the Academic test will ask you to describe a table, chart or diagram, while in the General Training Test, you’ll have to write a letter.

The Listening Test lasts for 30 minutes in total. Those attempting it as a paper-based test will be given an additional 10 minutes to transfer your answers to the answer sheets, while those attempting it as a computer-based test will be given 2 mins for rechecking the answers. The test consists of 4 sections, where the difficulty level will increase after each section. There’ll be 40 questions in total, with each section having 10 questions, and each question carrying 1 mark.

The Speaking Test goes for around 12-14 minutes and consists of 3 parts. Part 1, will be around your childhood, background, family, friends, hobbies, and so on. For Part 2, you’ll get a cue card with a topic, on which you’ll have to speak about. And Part 3, you’ll be asked more in-depth questions related to the topic you received earlier.

Though IELTS writing is considered to be difficult for some students, it's helpful to...

The IELTS Writing task 1  practice test will be for 20 minutes and you...

As you know that based on the purpose of migration, there are two types... 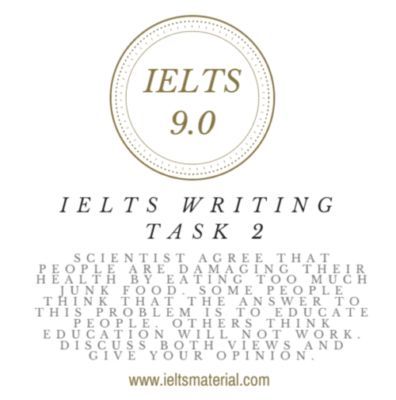