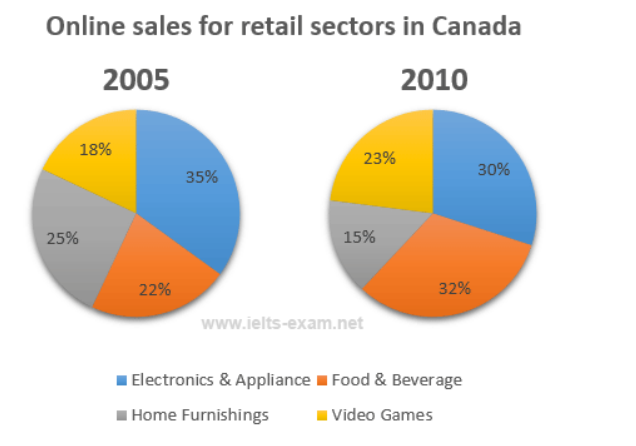 The charts compare four retail sectors in Canada in terms of the proportion of their internet sales in two years, 2005 and 2010.

Overall, the proportion of online sales for each of the four sectors changed significantly from 2005 to 2010. While the figures for food and beverages, and video games increased, the figures for the other two sectors fell.

In contrast, the percentages of the online sales of the other sectors decreased. The most dramatic fall was in the home furnishings retail sector. While this figure was 25% of these four sectors’ total online sales in 2005, it fell to just 15% in 2010. There was also a decrease in the electronics and appliances sector, which saw a fall from 35% in 2005 to 30% in 2010.