The bar chart below shows the total number of minutes (in billions) of telephone calls in Australia, divided into three categories, from 2001- 2008.

Summarise the information by selecting and reporting the main features and make comparisons where relevant.
Write at least 150 words. 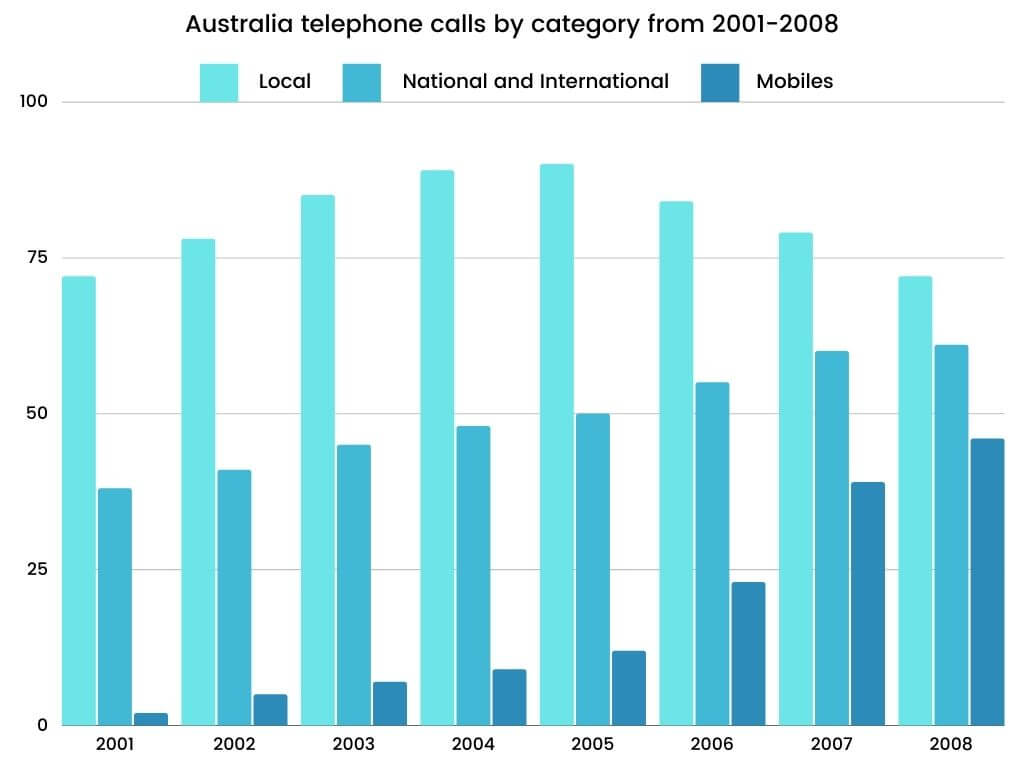 Overview: The given chart shows the time Australian residents spent on varying types of telephone calls between 2001 and 2008.

Paragraph 2: (1) compare the number of calls throughout the period. Give figures.

Paragraph 3: (1) compare the remaining number of calls throughout the period. Give figures.

The given chart depicts the time Australian residents spent on varying types of telephone calls between 2001 and 2008.

Local fixed line calls were the highest throughout this period, upsurging from 72 billion minutes to under 90 billion in 2003. Following year, this figure peaked at 90 billion. Post this, by 2008, it had a downtrend and fell back to the figure of 2001. Both national and international fixed line calls grew gradually from 38 billion to 61 billion toward the end of the period in question. However, the progress decelerated over the last two years.

Also, dramatic growth can be seen in mobile calls from 2 billion to 46 billion minutes. This increase was specifically noticed between 2005 and 2008. During this time, the mobile phone’s use got tripled. In 2008, although local fixed line calls were still popular, the gap between these three categories narrowed significantly over the second half of this period.